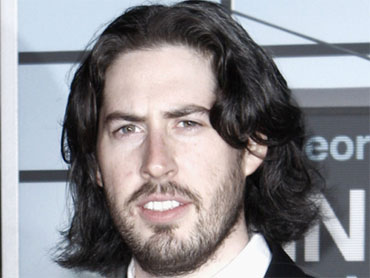 Reitman's new, widely feted film, "Up in the Air," won't have the luxury of a sneak attack. It solidified its status as an Academy Awards favorite Tuesday, when it was nominated for six Golden Globes, the most of any film.

Reitman has said he was concerned the expectations surrounding "Up in the Air" - starring George Clooney as a frequent flier who fires people for a living - might detract from the joy of its success. When he watched the Globes announcements - while fittingly jet-lagged from a recent flight from Los Angeles to New York - he seemed to be taking to the new role.

"Whatever my fears were about having anticipation, there's nothing as exciting as watching live TV and not knowing if your name is going to be called out," said the 32-year-old Reitman, who was nominated for best director and best screenplay with co-writer Sheldon Turner. "It's an overwhelming rush."

One of Reitman's first phone calls was to his father, Ivan Reitman, the well-regarded director of hit comedies such as "Stripes" and "Ghostbusters." He's also a producer of "Up in the Air," an of-the-moment recession tale, adapted from Walter Kirn's novel.

"It's great to be the producer of this kind of movie and sort of share in its success and the goodwill that comes with it," Ivan Reitman said. "But as a parent it's kind of this remarkable emotional moment that's kind of hard to describe."

"Up in the Air" is generally considered a likely candidate for a best picture Oscar nomination as well as for other categories. It has received excellent reviews, landed on many critics' Top 10 lists and won four National Board of Review awards, including best film. It has clearly reverberated in hard times.

But it will have stiff competition. Another critical favorite, the Iraq war drama "The Hurt Locker," has been building steam, picking up awards. Before it received three Golden Globe nominations Tuesday, it was picked as the best film of the year by the New York Critics Circle and the Los Angeles Critics Association.

James Cameron's new sci-fi movie, "Avatar," also may be a strong contender. Its Oscar prospects are less clear because it's a relatively late arrival, screening for critics for the first time last week. But early reviews have largely been glowing, and it will surely be a much larger hit at the box office.

Other films, too, could well gain momentum, including "Precious," "Invictus" and "Nine."

"Avatar" earned four Globe nominations Tuesday, including best picture (drama) and best director for Cameron. The Globes have never been a good prognosticator of effects-heavy films since they don't have technical categories like the Oscars do.

Cameron, nevertheless, weighed in on Twitter: "Sorry Hollywood Foreign Press Association, but 'It's Complicated' did not have a better script than Avatar."

Nancy Meyers was nominated for her screenplay for the romantic comedy "It's Complicated" starring Meryl Streep and Alec Baldwin.

Jason Reitman has long been an avid Twitter user. Responding to a congratulatory tweet from Cody, he wrote: "THANK YOU! But not the same without you!"

In an interview last month, Reitman said: "It's funny, I grew up always thinking I'd love to have movies that were always part of the conversation, not realizing that being part of the conversation diminishes the possible joy from the moment it happens. When I got nominated for `Juno,' it was SUCH a surprise. ... There was nothing on the road to the Oscars that made me think, 'Oh, I'm going to get nominated for an Oscar."'