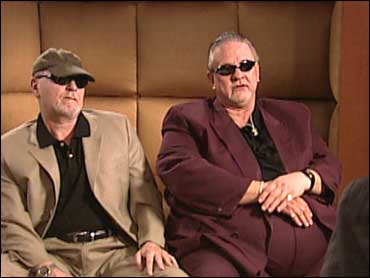 The Justice Department is launching a bold 21st Century attack to combat what Attorney General Michael Mukasey calls the "growing threat" that international organized crime is posing to "U.S. security and stability." CBS News chief investigative correspondent Armen Keteyian looks inside one of the most dangerous threats: The Russian Mob.


They were known as Z and Louie, Thick and Thin. Partially disguised, they talked for first time to CBS News about their nearly 10 years as undercover agents for the FBI.

"What were kind of roles you guys played here?" Keteyian asked.

"Well, we portrayed ourselves as not only high rollers but wise guys from Atlantic City," Z said.

They had big-time U.S. Customs connections, and a bankroll to match.

More than 100 nights a year, Z and Louie wined and dined their way around Atlantic City, slowly working their way in, helping to expose the magnitude of the Russian Mafia: