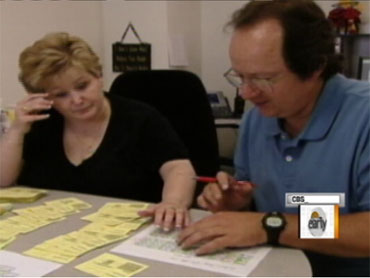 This Sunday's episode follows Fernando Aguirre, Chairman and CEO of Chiquita Brands International, one of the world's largest fruit and vegetable corporations, as he poses as an immigrant trying to land a job there.

Aguirre sat down with "Early Show" co-anchor Maggie Rodriguez to discuss the interesting look inside his company, and the way immigrants are treated in the U.S.

Interestingly enough, Rodriguez points out that Aguirre is a Hispanic mmigrant who recently became a U.S. citizen.

What did Aguirre encounter while undercover?