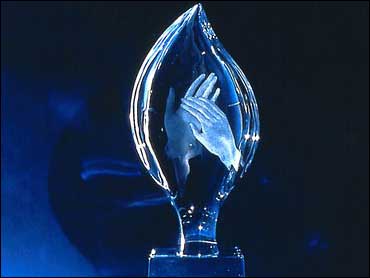 Maryland coach Gary Williams went through a checklist of defenses he used to try to stop North Carolina's Antawn Jamison. And like most defensive strategies the last month, none worked Saturday on one of the hottest players in college basketball.

Jamison was nearly perfect with his variety of inside moves, matching his career high with 36 points as the top-ranked Tar Heels avenged their only loss of the season, beating the 24th-ranked Terrapins 85-67 Saturday for the program's best start in 14 years.

"The thing that is overlooked sometimes with him is his stamina, the fact that he can do that every time down court," Williams added. "Whatever anybody says about him ... he's the best player in the country right now."

Jamison started 12-for-14 from the field and added 16 rebounds as the Tar Heels (26-1, 12-1 Atlantic Coast Conference) clinched at least a first- or second-place finish in the ACC for the 29th time in the last 34 seasons.

The junior forward finished 16-for-23 from the field - both career highs - while matching his career high for points and rebounds.

"My strength is really moving without the ball and running up and down the court," Jamison said. "That's the way I really contribute to this team. Sometimes I catch myself not moving, but most of the time it is just habit."

It was Jamison's third 30-point game in his last four and fourth this season as the Tar Heels have won nine straight, 42 of 44 overall and 23 of their last 24 ACC games.

The Terrapins (15-8, 8-5) had won eight of 10 coming in, including an 89-83 overtime victory against the top-ranked Tar Heels on Jan. 14 in College Park, Md., and the last two in the Smith Center, but failed to become the first team to beat the Tar Heels here three straight times.

"After that game we kind of felt like we gave them the win," Jamison said of the Tar Heels' lone loss. "We missed some shots and they got a key rebound off of a free throw. I mean mentally, you can say we gave them the game up there. Coming into this game we had a lot to prove - defensively."

"They really manhandled our big guys up in College Park. We remembered how we felt after that game,"

Maryland was the only team to break the 50 percent shooting barrier against North Carolina in the last 44 games, but was off the mark Saturday, hitting only 35.3 percent.

"They cover for each other, they're a good, tough team," Williams said. "That's the way you have to be. It's hard to shake them, they have this confidence about them, this aura about them that's pretty good."

"When you look at how hard the six guys that pla most of the minutes work you know they are in it together."

North Carolina led by nine points at halftime after shooting 54.3 percent, then went on a 9-2 run to open the second half as Shammond Williams scored in the lane, Ed Cota nailed a 3-pointer and Jamison added six points. The long-range shot was Cota's first since the Maryland loss a month ago.

Once up by 18 points, the Terrapins could pull no closer than 11 over the final 12 minutes.

"The breaks that were there Carolina made them," Gary Williams said. "They worked hard on loose balls. That's Carolina - that's just them working hard."

Terence Morris led the Terrapins with 16 points, while Williams added 18 for the Tar Heels.

Maryland jumped out to an early seven-point lead, scoring on its first six possessions before the Tar Heels buckled down on defense and started getting the ball to Jamison inside the Terrapins' zone.

Jamison scored eight straight points midway through the half, then had six in North Carolina's closing 12-4 run as the Tar Heels went up 41-32 at halftime. He was 9-for-11 from the field with six rebounds in 16 minutes in the first half.