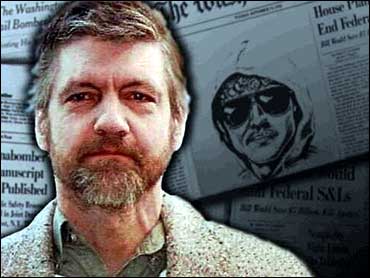 The Supreme Court rejected Monday an appeal by Unabomber Theodore Kaczynski, who pleaded guilty to three murders during a 17-year mail-bombing spree, seeking a new trial and to represent himself.

Kaczynski pleaded guilty to the killings during a bombing campaign that also injured 23 others in exchange for an agreement by federal prosecutors to not seek the death penalty.

Without any comment or dissent, the justices let stand a U.S. appeals court ruling that the Harvard-trained mathematician voluntarily entered the guilty plea in 1998 in a deal with federal prosecutors.

Kaczynski claimed a federal judge violated his rights by allowing his lawyers to use his mental condition as a defense, over his objections, and denying his request to represent himself.

"If Kaczynski can ever manage to get an evidentiary hearing on this issue ... he will offer testimony by well-qualified mental health experts to the effect that the diagnosis of schizophrenia in his case is ridiculous," Kaczynski wrote.

The Chicago-born Kaczynski, who became a hermit in Montana and who espoused anti-technology views, was dubbed the Unabomber because his early targets were university scholars and airlines.

Kaczynski argued that he was forced to plead guilty because his lawyers insisted on presenting evidence that would have painted him as mentally ill, and the court would not let him act as his own lawyer.

He represented himself in the Supreme Court appeal, which was neatly printed in ballpoint pen. He listed $97.53 in a prison commissary account as his only asset.

The Harvard-trained mathematician who became a Montana forest recluse is serving a life sentence at a federal maximum-security prison in Florence, Colo., for the string of Unabomber attacks between 1978 and 1995.

The Justice Department initially sought a death sentence but accepted the life term after a court-ordered psychiatric examination, conducted over Kaczynski's objections, concluded he was a paranoid schizophrenic.

Kaczynski "solemnly stated under oath that he had committed the charged offenses and that he was entering his plea voluntarily," Olson wrote. "Although he may regret that decision, he cannot re-litigate his legal arguments in the guise of a challenge to the voluntariness of his plea."

"This case involves the right of a seriously disturbed individual to insist upon representing himself at trial, even when the end result is likely to be his execution," dissenting Judge Stephen Reinhardt wrote.

Kaczynski apparently wanted to go to trial so that he could air his political views about technology and science.

Vermont Law School professor Michael A. Mello, author of a book about the case, said Kaczynski's case poses an issue that the court will probably decide another time, in a case without a notorious defendant.

"The legal and the judicial process breathed a collective and enormous sigh of relief when this case pleaded out. The last thing anyone wanted in the legal system was another O.J. Simpson trial, only with a political defendant," Mello said.