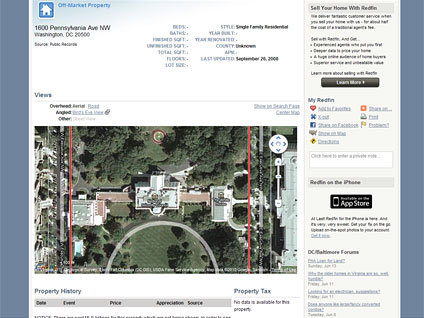 A United Nations committee said Friday that use of Taser weapons can be a form of torture, in violation of the U.N. Convention Against Torture.

Use of the electronic stun devices by police has been marked with a sudden rise in deaths - including four men in the United States and two in Canada within the last week.

Canadian authorities are taking a second look at them, and in the United States, there is a wave of demands to BAN them.

The U.N. Committee Against Torture referred Friday to the use of TaserX26 weapons which Portuguese police has acquired. An expert had testified to the committee that use of the weapons had "proven risks of harm or death."

"The use of TaserX26 weapons, provoking extreme pain, constituted a form of torture, and that in certain cases it could also cause death, as shown by several reliable studies and by certain cases that had happened after practical use," the committee said in a statement.

"Well, it means that it's a very serious thing," Amnesty International USA Executive Director Larry Cox told CBS Early Show co-anchor Julie Chen. "These are people that have seen torture around the world, all kinds of torture. So they don't use the word lightly."

Tasers have become increasingly controversial in the United States, particularly after several notorious cases where their use by police to disable suspects was questioned as being excessive. Especially disturbing is the fact that six adults died after being tased by police in the span of a week.

Last Sunday, in Frederick, Md., a sheriff's deputy trying to break up a late-night brawl tased 20-year-old Jarrel Grey. He died on the spot.

"I want to know what he did that was so bad," the victim's mother, Tanya James, said. "Did the deputy think that their life was in danger? Did he have a weapon?"

Black leaders held a rally Tuesday calling for the department to ban Tasers, at least until there is a clear policy on how they are used. The NAACP says it appears the sheriff's office is using Tasers routinely, rather than as a weapon of last resort.

Also this week, in Jacksonville, Fla., in two separate cases two men died after being stunned.

One suspect, who fled a car crash and tried to break into a nearby home, struggled with a policeman, prompting the officer to tase him three times. The man continued to fight, and tried to bite the officer, while he was being tased. He was later pronounced dead at a hospital.

After being placed in the back of the police car the suspect became unresponsive. He was taken to the hospital where he was pronounced dead.

Last Sunday, in New Mexico, 20-year-old Jesse Saenz died after Raton police used a Taser to subdue him. Police say Saenz was struggling and fighting with them as they attempted to take him into custody.

Saenz died after being transported to a county jail.

In Nova Scotia, a 45-year-old man who was jailed on assault charges jumped a counter and ran for the door as he was being booked. He died yesterday, about 30 hours after being shocked.

And in Vancouver, where Royal Candian Mounted Police have been criticized for their use of a Taser against an irate airline passenger at Vancouver Airport last month, 36-year-old Robert Knipstrom died in a hospital four days after police used a Taser, pepper spray and batons to subdue him.

Police earlier said Knipstrom was agitated, aggressive and combative with officers. The cause of death has yet to be determined.

More than a dozen people have died in Canada after being hit by Tasers in the last four years.

The reported incidents this week did not have cameras documenting the use of the Tasers, but in British Columbia, a tourist's video camera recorded the death of a man tased twice while in custody at the Vancouver Airport last month.

That horrifying video shows Robert Dziekanski, a Polish man who spoke no English, become increasingly agitated. He was shocked twice, and then died.

The stun guns were denounced at memorial rallies in Vancouver and Toronto for Dziekanski.

Among the 1,000 people at the Vancouver rally was Paul Pritchard, who shot the video of the confrontation at the city airport.

The crowd gave a hero's welcome to Pritchard, who said he "saw the life drain out of a man's face" and heard "blood-curdling screams."

A rally in front of the Ontario legislature in Toronto drew several hundred people, including Bob Rae, a Liberal candidate in the next federal election.

Rae said the events leading up to Dziekanski's death must "never, ever be allowed to happen again."

The prominent - and sensational - reports of deaths following the use of Tasers has increased attention to their legitimacy, and prompted a bold defense by their manufacturer.

Taser International, based in Scottsdale, Az., released a statement following the Vancouver Airport incident saying no deaths have ever been definitively connected to what the company describes as: "the low-energy electrical discharge of the Taser."

"Specifically in Canada, while previous incidents were widely reported in the media as 'Taser deaths,' the role of the Taser device has been cleared in every case to date," Taser said.

While the medical questions about causes of death are not resolved, Cox said this is precisely why more study is needed. "Nobody really knows exactly why these people are dying, we only know that people are dying after they're tasered," he said. "It's nearly 300 people who have died in the United States - they're tasered, and then they die.

The devices are used by about 12,000 police departments, often in chaotic situations.

Retired police officer Paul Mazzei told Chen, "Minus the Taser, they would have to use an impact weapon like a baton, possibly pepper spray or in some extreme cases of violent behavior they might even have to use deadly force to control that individual."

In fact, in New Mexico earlier this month, the parents of a suicidal woman who was shot to death by Bernalillo County deputies two years ago are suing, contending that the police should have used Tasers instead of firearms.

Brittany Wayne was killed in her bedroom 23 seconds after police arrived.

And in Utah, a patrol car's dashboard camera caught an officer tasing a driver who refused to sign a speeding ticket. The officer is now under investigation, accused of being too quick on the draw.

Amid a growing outcry, civil rights groups are urging police to put down their Tasers until more research is done.

"The danger of Tasers is that they seem safe, they seem easy and therefore I think it's natural that police will be inclined to use them much more quickly than they would ever use a gun," Cox told Chen.

"Most of the cases we've looked at, there's been no weapon involved at all [on the part of the suspect], let alone a deadly weapon," Cox said. "So these are not situations where necessarily the police officer sees a threat."

In the Utah highway arrest, the unarmed motorist talks back to the officer and walks away before being stunned.

"The penalty for resisting arrest should not be death," Cox said.