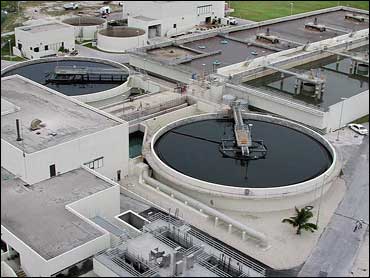 The world is meeting targets on improving access to clean drinking water, but falling behind on sanitation goals fixed at a summit four years ago, the United Nations said Thursday.

About 2.4 billion people will likely face the risk of needless disease and death by the target date of 2015 because of bad sanitation, the World Health Organization and UNICEF said in a joint report.

Most countries appear on track of cutting by half the number of people without access to safe drinking water — but that still will leave 800 million people with polluted supplies, mainly in sub-Saharan Africa, the agencies said.

Bad sanitation — decaying or nonexistent sewage systems and toilets — fuels the spread of diseases including cholera and basic illnesses like diarrhea, which kills one child every 21 seconds.

Overall, the hardest hit by bad sanitation are the rural poor as well as residents of slum areas in fast-growing cities, mostly in Africa and Asia. But the quality of drinking water and sanitation facilities also has dropped in some industrialized nations, particularly the former Soviet republics, the study said.

"We've known for the past 200 years that water and sanitation are probably the single most important aspect to secure public health in a family, in a community, in a country, and yet what we see is that we have still have a global challenge today," said Dr. Kerstin Leitner, WHO's environmental health chief.

The so-called Millennium Development Goals were set at a United Nations-sponsored summit of world leaders in September 2000. In a declaration adopted by 189 countries, the leaders promised to cut in half the number of people who do not have safe drinking water and basic sanitation by 2015.

Taking population growth into account, by 2015 the figures will likely stand at 2.4 billion and 800 million, with the latter number considered a successful meeting of the target, the U.N. agencies said.

The leaders at the 2000 summit also pledged to cut in half the number of people living on less than $1 a day, to provide universal primary school education by 2015, improve the lives of slum dwellers, halt or reverse the spread of HIV/AIDS and other diseases, close the so-called digital divide between the poor and the wealthy, and work to improve the environment.

Earlier this year, the head of the U.N. Development Program, Mark Malloch Brown, said the world is doing so badly in meeting the poverty-reduction targets that it will take most African countries almost 150 years to achieve them.