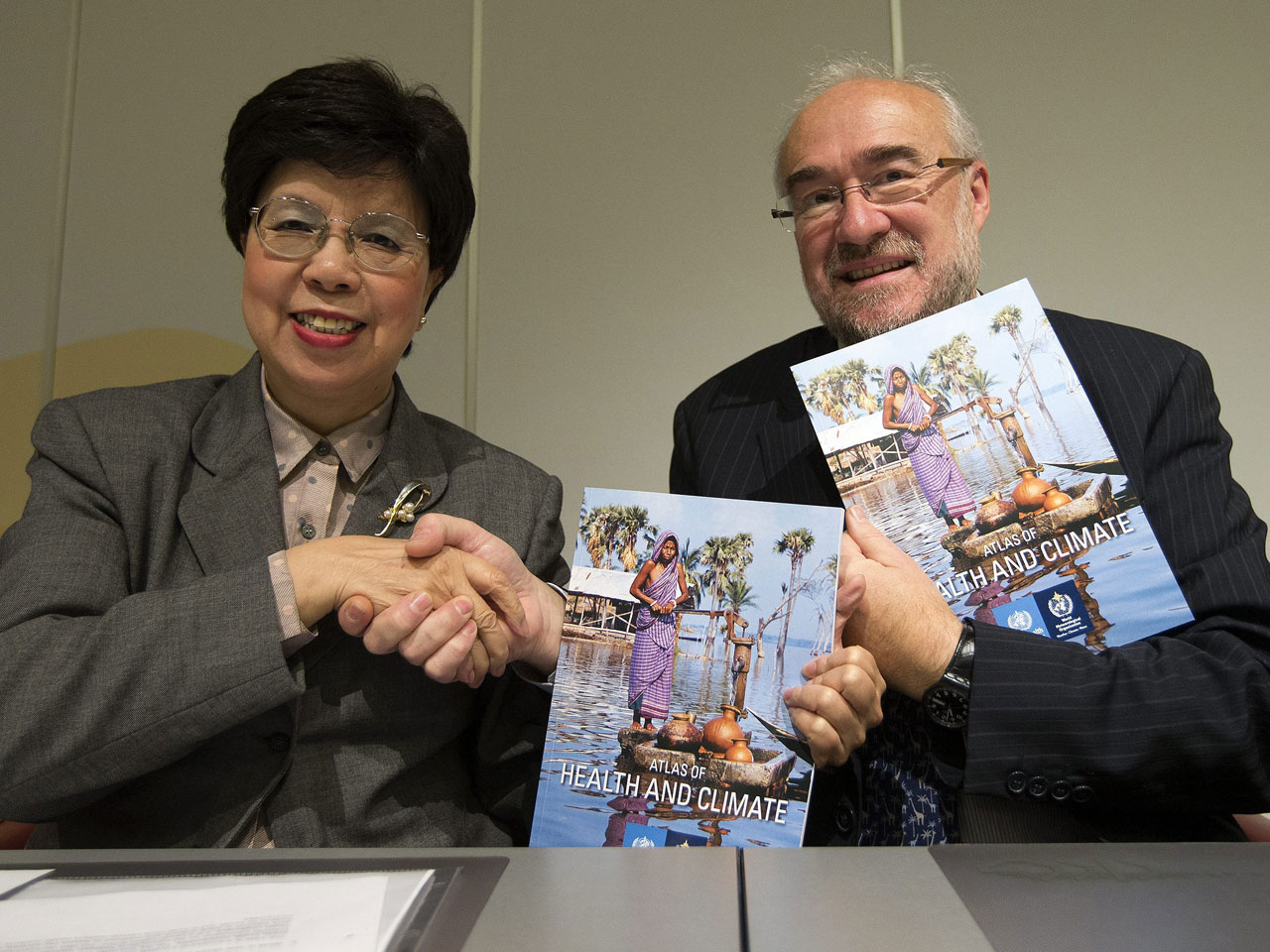 GENEVATwo U.N. agencies have mapped a link between disease outbreaks and climate change.

Officials said Monday that their "Atlas of Health and Climate" is meant to be a tool for leaders to use to get early warning of disease outbreaks.

The Atlas includes evidence of increases in meningitis when dust storms hit and outbreaks of dengue fever when hard rains come. Officials hope by mapping out how climate and health intertwine they can help officials predict when outbreaks will occur.

"Prevention and preparedness are the heart of public health. Risk management is our daily bread and butter. Information on climate variability and climate change is a powerful scientific tool that assists us in these tasks," said Dr. Margaret Chan, director-general of the World Health Organization, said in a press release. "Climate has a profound impact on the lives, and survival, of people. Climate services can have a profound impact on improving these lives, also through better health outcomes."

Though the data or conclusions aren't necessarily new, the way in which they are presented may sharpen governments' ability to respond to the threats posed by rising temperatures and changing climate.

Since 2005, for example, the atlas shows that the weekly number of cases of meningitis, which is spread by bacteria and germs, has risen when the dry season hits sub-Saharan Africa, where it has killed an estimated 25,000 people over the past 10 years. And since at least 1998, there has been a strong seasonal pattern of dengue fever, transmitted by mosquitoes, during periods of heavy rainfall in tropical and subtropical areas, killing about 15,000 people a year.

The joint project of the WHO and World Meteorological Organization, both based in Geneva, says the likelihood of increasingly frequent heat waves hitting the planet is four to 10 times as often by 2050 -- and they will probably most affect the fast-growing vulnerable populations of aging and urban people particularly in Africa, the Middle East and Asia.

"Many diseases including malaria, dengue, meningitis - just a few examples - these are what we call climate-sensitive diseases, because such climate dimensions for rainfall, humidity and temperature would influence the epidemics, the outbreaks, either directly influencing the parasites or the mosquitoes that carry them," Chan said.

Chan said the data could be used to better manage animals' habitat and ecosystems, which would also make a big difference to people's health because 80 percent of the infectious diseases currently found in humans have come from animals.

WMO Secretary-General Michel Jarraud said the atlas is meant to translate and map information buried in the agencies' technical documents "into something which can be used by the decision-makers directly."

For example, he told The Economic Times that any warning about severe heat waves, like the ones experienced in Western Europe in 2003 and in Russia in 2010, may be able to help authorities prepare for possible epidemics. By knowing in advance the situations that cause an outbreak, the public can be informed and vulnerable populations can be cared for.

"These unprecedented heat waves, at the end of this century, might happen every five or every 10 years," he said.

The atlas has already shown that combining meteorological, emergency and health services can save lives. Case studies cited in the report showed that the death toll from cyclones of similar intensity in Bangladesh reduced from around 500, 000 in 1970, to 140,000 in 1991, to 3,000 in 2007 mainly because of advanced warning systems and better preparation.