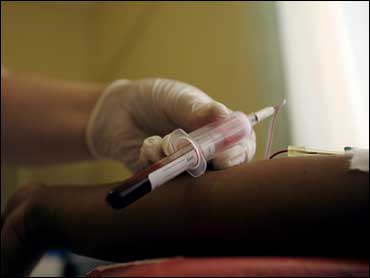 Fewer people are dying of AIDS, more patients are on HIV medication and the global AIDS epidemic is stable after peaking in the late 1990s.

But the United Nations AIDS agency warned in its yearly report Tuesday that governments will need to continue setting aside millions of dollars for AIDS treatment and prevention during the coming decades as patients live longer on AIDS medications.

"We've achieved more in the past five years than in the previous 20 years," said Peter Piot, the agency's executive director. "But if we relax now, it would be disastrous. It would wipe out all of our previous investments."

UNAIDS estimates the number of AIDS case worldwide at 33 million; its previous estimate of 40 million was revised last year because of changes to how it counts cases.

Countries in sub-Saharan Africa including South Africa, Botswana and Swaziland remain the center of the AIDS epidemic. The region has about 67 percent of all people infected with HIV and 72 percent of all AIDS deaths.

Officials estimate that 2 million people died from AIDS last year, down from approximately 2.2 million in 2005.

The most dramatic figures are in treatment: The number of people on AIDS medication jumped by 10 times in the last six years, with some 300,000 taking AIDS drugs in 2003 compared with about 3 million in 2007. AIDS drugs have become much cheaper and more available because of a variety of government and private programs.

But millions of others still do not have access to the drugs, and those who do will need to remain on them to stay alive.

Still, millions of new cases of HIV infection are reported every year, the agency said. HIV is rising in several countries beyond Africa, including China, Germany, Indonesia, Russia and Britain, according to the report, which was issued in advance of next week's international AIDS conference in Mexico City.

The good news is that the global number of new infections was down to about 2.7 million people in 2007 from a peak of about 5 million new cases annually in the early 2000s.

However, the report - based on government data from 147 countries - warned there could be future waves of infection. The agency said it would be difficult to predict whether the AIDS epidemic might spike again.

Experts said it's too early to stop worrying about AIDS.

"I'm not sure we will ever get to a point where we can say this is not a public health problem," said James Chin, a clinical professor of epidemiology at the University of California, Berkeley.

Last week, the U.S. government tripled the amount of money it will spend on AIDS and other diseases around the world to $48 billion over five years.

"The objective of AIDS programs is to provide access to medication to everyone who needs it," Chin said. "Until that's accomplished, this won't go away."

She called it evidence that strategies need to change.

Some experts said health officials know what to do - but still aren't doing things like spending more money on prevention.

"We just don't know how to get governments to do nice things for junkies, sex workers and gay boys," said Elizabeth Pisani, a former UNAIDS epidemiologist who wrote a book about the mistakes made in AIDS programs.