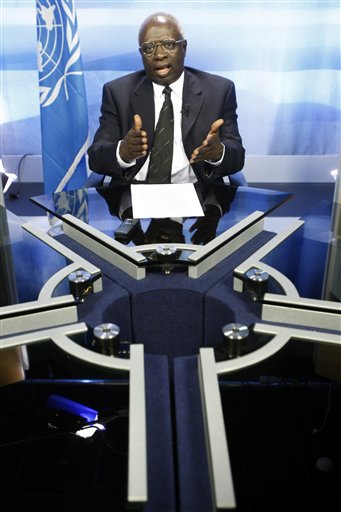 Agricultural investment in developing countries will have to increase more than fivefold to ensure that by 2050 the world has enough to eat, a U.N. food agency said Monday.

Poor countries will need a yearly $44 billion of development assistance in agriculture compared with the current $7.9 billion, the Food and Agriculture Organization said as it opened a two-day forum of experts on how to feed the world in 2050.

By then, population is expected to rise from 6.7 billion people to 9.1 billion and the world's food output will have to increase by 70 percent, the agency said in a statement.

Investments in developing nations are needed to increase access to irrigation systems, modern machinery, as well as to build roads and train farmers.

"The challenge is not only to increase global future production but to increase it where it is mostly needed and by those who need it most," FAO Director-General Jacques Diouf said. "There should be a special focus on smallholder farmers, women and rural households and their access to land, water and high quality seeds ... and other modern inputs."

Diouf told the 300 experts gathered at the Rome-based agency that agriculture faces the challenge of climate change, which is increasing extreme events like floods and droughts. The effects of climate change could reduce output by up to 30 percent in Africa and up to 21 percent in Asia, he said.

Food production must also compete with biofuel production, which is set to increase nearly 90 percent over the next 10 years. While more environmentally friendly than coal and oil, fuels that are made from food crops, like corn-based ethanol, are often seen as helping to increase commodities prices and swell the ranks of the world's hungry.

The agency, which will host a world food summit in November, says that although prices have stabilized from their 2007-2008 spikes, they continue to remain high especially in developing nations hit by poor harvests and unrest.

In June, the FAO said the number of hungry people had reached a record 1 billion under the combined effect of the global financial crisis, high food prices, war and drought.