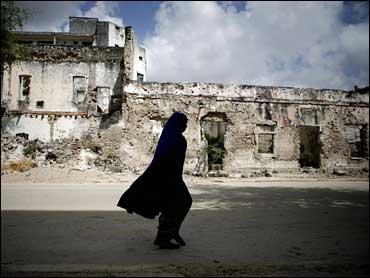 More than 1,400 migrants drowned in the Gulf of Aden this year trying to make the perilous journey from the Horn of Africa to Yemen, the U.N. refugee agency said Tuesday.

In one incident on Saturday, at least 54 Ethiopians and four Somalis died and 37 went missing when their boat capsized off the Yemeni coast, according to the U.N. High Commissioner for Refugees.

"This year has been a particularly tragic one," spokeswoman Astrid van Genderen Stort said, adding that the number of deaths could be higher.

Another boat carrying 270 people, including children, hit a rock off the Yemeni beach Sunday and broke into three pieces. At least 173 passengers managed to swim to the shore, but many others likely drowned, van Genderen Stort said.

Survivors told the agency that the smugglers beat them during the journey, she said.

"One man who could not stand the beating any longer jumped overboard and drowned," she said.

More than 28,300 people survived the perilous journey across the gulf in a total of 300 smuggling boats this year, she said.

Last year, around 26,000 migrants crossed over to Yemen, according to the UNHCR.

The high season for smuggling across the gulf usually runs from early September to May, when the waters are less stormy.

The number of boats leaving Somalia increased in September and October, "mainly due to the deteriorating situation inside Somalia," van Genderen Stort said.

Thousands of Somalis have died this year as government troops and their Ethiopian allies battle Islamic insurgents.