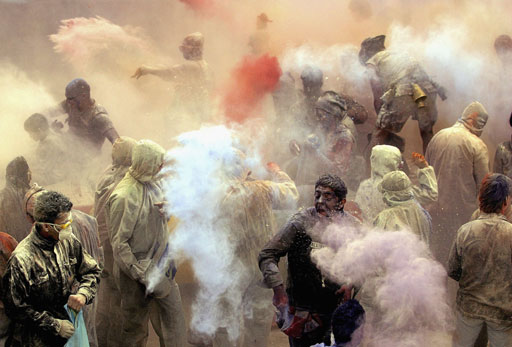 Trying to head off a deepening rift, supporters of umpires' union boss Richie Phillips met for five hours Monday with dissidents seeking his ouster. It marked the first time they gathered since 22 umpires lost their jobs in a failed mass-resignation ploy.

"We've started a dialogue to try and get this union back together again," said NL umpire Jerry Crawford, the union president. "It was an open and frank meeting. I think the process of healing has started."

But AL umps Tim McClelland, Rick Reed and Larry Young, the three representatives of the anti-Phillips faction who attended the meeting, left without making any comment.

At one point, yelling could be heard coming from the meeting room, but Crawford insisted it had nothing to do with a disagreement over Phillips, who did not attend. About 47 umps attended the meeting, including nearly all the fired umps.

"There was no yelling at Rick, Tim or Larry," he said.

Asked to elaborate, Crawford smiled, "I think one guy didn't like a restaurant that the other guy suggested."

A group of 14 umpires, calling itself the Major League Umpires Independent Organizing Committee, hase begun collecting signatures to decertify the current union and start a new one.

About 10 days ago, the dissidents claimed they have the support of more than 40 of the 93 major league umpires, enough to force the National Labor Relations Board to hold an election by secret ballot.

Crawford said supporters of Phillips, who came up with the mass-resignation strategy, are taking the dissidents very seriously.

"Our contract is over Dec. 31 and this union, in order to do anything, is going to have to get together," he said.

Also on Monday's agenda was an update from lawyer Pat Campbell on the umpires' grievance to restore the 22 umpires' jobs. When the hearing begins, probably later this month, owners will ask arbitrator Alan Symonette to dismiss the case.

If umpires don't win the grievance, Campbell said, "this union will have to regroup and demand that the 22 jobs be part of any new collective bargaining agreement."

"I'm 59. I can afford to retire," said NL ump Terry Tata, one of the 22. "I feel for the younger guys. You always want to go off the stage when the curtain is down, not while it's still up."