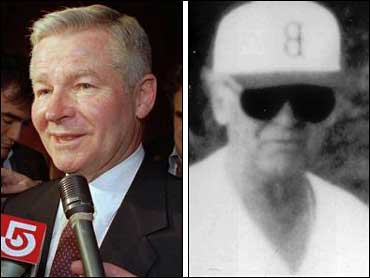 University of Massachusetts president William Bulger argues that he tried for decades to reform his mobster brother but was unable to penetrate his secretive life.

In testimony prepared for a House Government Reform Committee hearing Thursday, William Bulger said he didn't know where his fugitive brother, James "Whitey" Bulger, was, and never told him to flee.

But he said he believes the FBI, who used his brother as an informant for years, wants him dead.

"James had his own ways I could not possibly influence," Bulger said. "The realities of the situation were such that his activities were shrouded in secrecy. They were never shared with me."

And while he said he hoped his brother was not guilty of the many brutal charges against him, he said he believes the FBI told a Boston newspaper that Whitey was an informant for "one purpose, pure and simple: bringing about the death of James Bulger."

Breaking an eight-year public silence about his relationship with his brother, Bulger, a former state Senate president hired to run the University of Massachusetts in 1996, focused on how little he knew about the "difficult and painful subject" of his brother's life and the pain he felt for those who have been affected.

He offered little insight into what committee leaders said was their key area of interest: corruption in the way the FBI uses informants.

Whitey Bulger was a high-level FBI informant in Boston and is now on the agency's "Ten Most Wanted" list. He is linked to 21 murders. He fled in 1995, just before federal indictments were issued and after he was tipped off by his FBI handler.

"I know my brother stands accused of many things ... serious crimes, brutal crimes," Bulger said. "I am mindful of the victims in this matter, and I do not have the words that are adequate to let them know of my anguish."

William Bulger's testimony comes two months after the committee granted him immunity from prosecution. In December, he was called before the panel, but invoked his constitutional right and refused to answer questions.

That refusal inflamed political opponents, including Gov. Mitt Romney of Massachusetts, who called on him to resign. Romney also tried to eliminate his university position.

Bulger acknowledged that furor in his prepared remarks Thursday, noting that a political foe claimed he chose "my brother over my civic duties and my public responsibilities. There is no basis in fact for such an assertion."

And while he professed to be candid with the panel, he testified knowing that if he contradicted anything he told a grand jury in 2001, he could be charged with perjury.

Committee members readied reams of questions, and panel leaders said they would try to accommodate everyone. But they said their goal was not to "get" Bulger.

"He has a very distinguished career and nobody is trying to get him in trouble," said Rep. Tom Davis, the committee's chairman.

He warned, however, that the immunity would not protect Bulger if he lied to Congress. And he and Rep. Dan Burton, who launched the investigation two years ago, said they would continue to aggressively pursue the probe.

Lawmakers posed many questions about whether Bulger used his influence as Massachusetts Senate president to help his brother. They said they wanted to know if he got involved when Whitey Bulger was arrested at an airport trying to carry $500,000 onto a plane.

And they want to know if he used his state Senate position to quash a federal investigation into a real estate development project known as 75 State Street. The FBI agent in charge of that investigation reportedly worked closely with Whitey Bulger when Whitey Bulger was an informant.