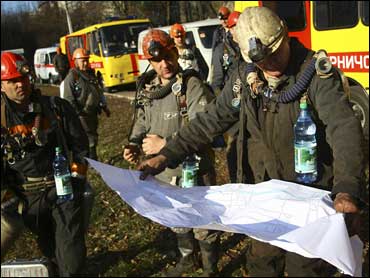 An explosion early Saturday shook the coal mine where 100 people died in a methane blast two weeks ago, injuring five miners but causing no deaths, an industrial safety official said.

All 385 people who were underground at the Zasyadko mine in Donetsk at the time of the explosion have been evacuated, said Marina Nikitina, a local officer of Gosgorpromnadzor, the country's industrial safety agency. She said five miners were injured, two of them gravely.

The Nov. 18 blast at Zasyadko was the worst coal-mining disaster in Ukraine's post-Soviet history.

Ukraine's mines are regarded as some of the world's most dangerous, partly because many are in poor repair. In addition, the country's mines typically are more than 3,000 feet deep - twice the depth of most European coal beds. High levels of methane accumulate at such depths.