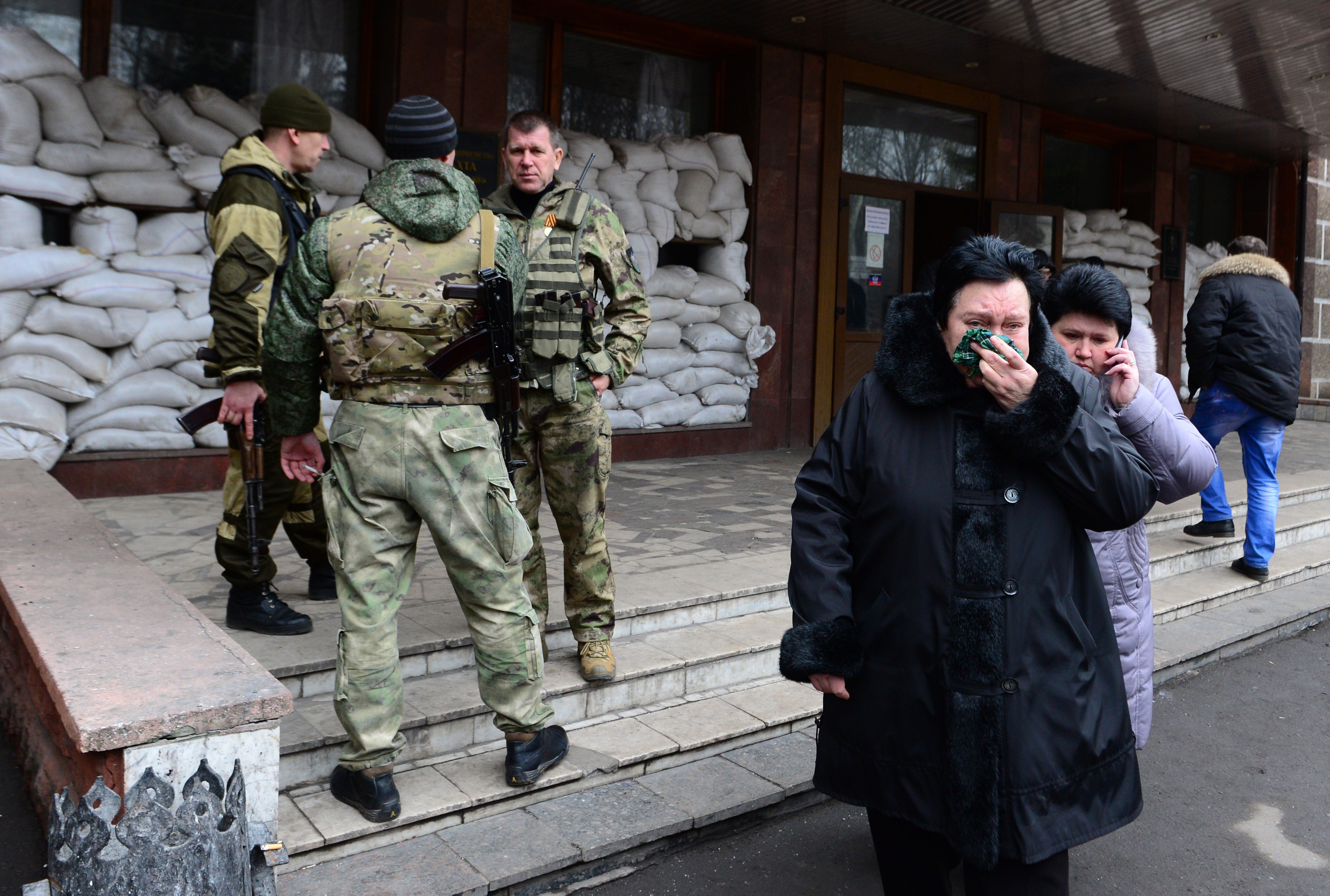 DONETSK, Ukraine -- An explosion ripped through a coal mine before dawn Wednesday in war-torn eastern Ukraine, killing one miner and trapping over 30 others underground, rebel and government officials said.

The explosion took place at the Zasyadko mine in Donetsk, an eastern city under the control of separatist rebels, but rebel authorities said it was not caused by shelling.

Eastern Ukraine has been wracked by fighting between government forces and Russian-backed rebels for almost a year, during which more than 6,000 people have been killed.

The speaker of Ukraine's parliament, Volodymyr Groysman, said Wednesday he can confirm only one death, pedaling back on an earlier claim that 32 miners had died. It was unclear what his source for the information was, since rebel authorities do not answer to the government in Kiev.

The blast occurred at a depth of more than 1,000 meters as 230 workers were in the mine, separatist authorities in Donetsk said in a statement, adding that the explosion was caused by a mixture of gas and air - a common cause of industrial mining accidents.

Rescue operations are continuing and at least 157 workers have been evacuated from the mine, Donetsk rebel officials said.

There was no immediate way to reconcile the different numbers for miners working and missing at the time of the blast.

"For now, I can say only that 32 people are below ground. One person has died," Ivan Prikhodko, administrative head of the Kiev district, where the affected mine is located, told Donetsk News Agency. "Until rescuers get to them, speaking about how many people have died would be unethical, to say the least."

A rescue services representative at the mine, Yuliana Bedilo, also said only one death had been confirmed.

"Fourteen people have been sent to medical treatment centers in Donetsk," rebel authorities said in their statement. A chief doctor at a city clinic, Emil Fistal, was quoted as saying six miners were in grave condition.

Several separatist officials trickled into the grounds of the mine throughout the morning, but all refused to respond to questions or provide details about how many workers were still trapped. That stance frustrated miners' families.

"He was supposed to retire next year. Everyone is angry that they say on TV that 32 people died but nobody tells us anything," she said.

Miners arriving for their morning shift, hours after the accident, complained volubly about the long history of safety violations at the Zasyadko mine. One, who gave only his first name, Kostya, said two of his brothers had been injured in earlier blasts at the same mine.

"We work like crazy for peanuts. We want this place to be safe. We want our children to be able to work here," he told The Associated Press.