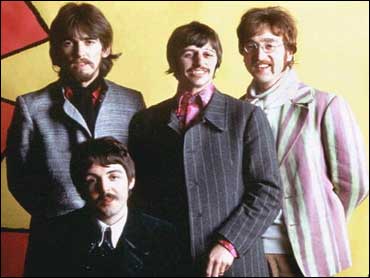 The city of Liverpool already has a Beatles museum and its airport is named after John Lennon. Now a local university says it rolling out a graduate program entirely devoted to the Fab Four.

Liverpool Hope University said Tuesday that its new master's program, "The Beatles, Popular Music and Society," would give students the opportunity to analyze music and culture through the band's work.

"There have been over 8,000 books about the Beatles but there has never been serious academic study and that is what we are going to address," said Mike Brocken, who is directing the program at the university, which is in the band's hometown in northwestern England.

Brocken said students would be expected to study the Beatles' songs, stardom, hometown and cultural impact through four 12-week courses and a dissertation.

Brocken said studying the band was really a way of examining society as a whole.

"If popular music is about anything, it's about people," he said. "If we look at popular culture, it simply provides us with a very complex mirror of ourselves."