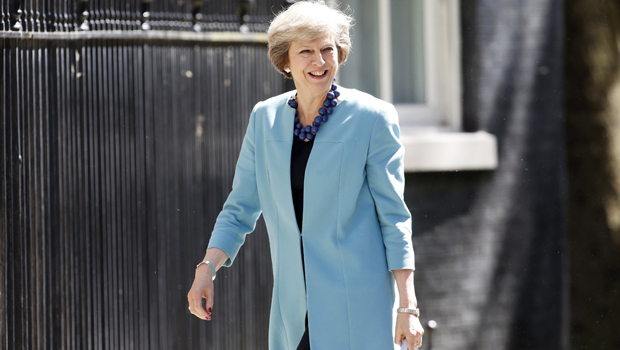 British Prime Minister Theresa May has been facing criticism during her first few days in office over her decision to close the U.K. Department of Energy and Climate Change.

The closure was reported on Thursday, May's first full day in office after the departure of David Cameron.

The BBC reports the department will be folded into the Department of Business, Energy and Industrial Strategy.

Ed Miliband, a former leader of the opposition Labour Party who once headed the department, called the decision "plain stupid" on Twitter.

Greg Clark, who May tapped to head the Department of Business, Energy and Industrial Strategy, said he was "thrilled" to tackle climate change.

"I am thrilled to have been appointed to lead this new department charged with delivering a comprehensive industrial strategy, leading Government's relationship with business, furthering our world-class science base, delivering affordable, clean energy and tackling climate change," he said in a statement, according to the BBC.

Ed Davey, a Liberal Democrat who used to serve at the climate department, also voiced opposition to the decision.

"This is a major setback for the U.K.'s climate change efforts. Greg Clark may be nice and he may even be green, but by downgrading the Whitehall status of climate change, Theresa May has hit low carbon investor confidence yet again," he told The Guardian newspaper.

Andrea Leadsom, a Conservative leadership contender who quit the race for prime minister after she appeared to suggest that being a mother gave her an advantage over May, was given the environment department.

On Saturday, May made more changes to the government, removing another key Cameron supporter and appointing several new ministers.

Downing Street said that arts minister Ed Vaizey, a friend of Cameron, had left the government. Ros Altmann, Cameron's minister for pensions, was also dismissed, along with business minister Anna Soubry, a leading voice on the "remain" side during Britain's recent European Union referendum campaign.

May also backed staying in the EU but has appointed both "leave" and "remain" supporters to her Conservative government.

She has removed several veterans of the Cameron years, as well as rivals including Michael Gove, who ran against her for the party leadership after betraying his erstwhile ally Boris Johnson - whom May made foreign secretary. On Saturday she removed Gove supporter Dominic Raab from his job as a justice minister.

Some members of the old administration remain, including Jo Johnson - brother of Boris - who keeps his role in charge of universities and science.

The new prime minister has made dramatic changes, placing leading proponents of a British exit from the EU in charge of foreign affairs, international trade and EU negotiations.

All the same, May has signaled she's in no rush to start exit talks. She said Friday she would not launch formal negotiations until there is a "UK approach" involving Scotland, which strongly backed remaining in the bloc.

The pro-independence Scottish administration has said it could seek a new independence referendum if Britain takes Scotland out of the EU against its will.

May has indicated she will not invoke Article 50 of the EU treaty, which will trigger a two-year countdown to leave the 28-nation bloc, before the end of the year. Some EU leaders and British euroskeptics are pressuring her to begin the process earlier.