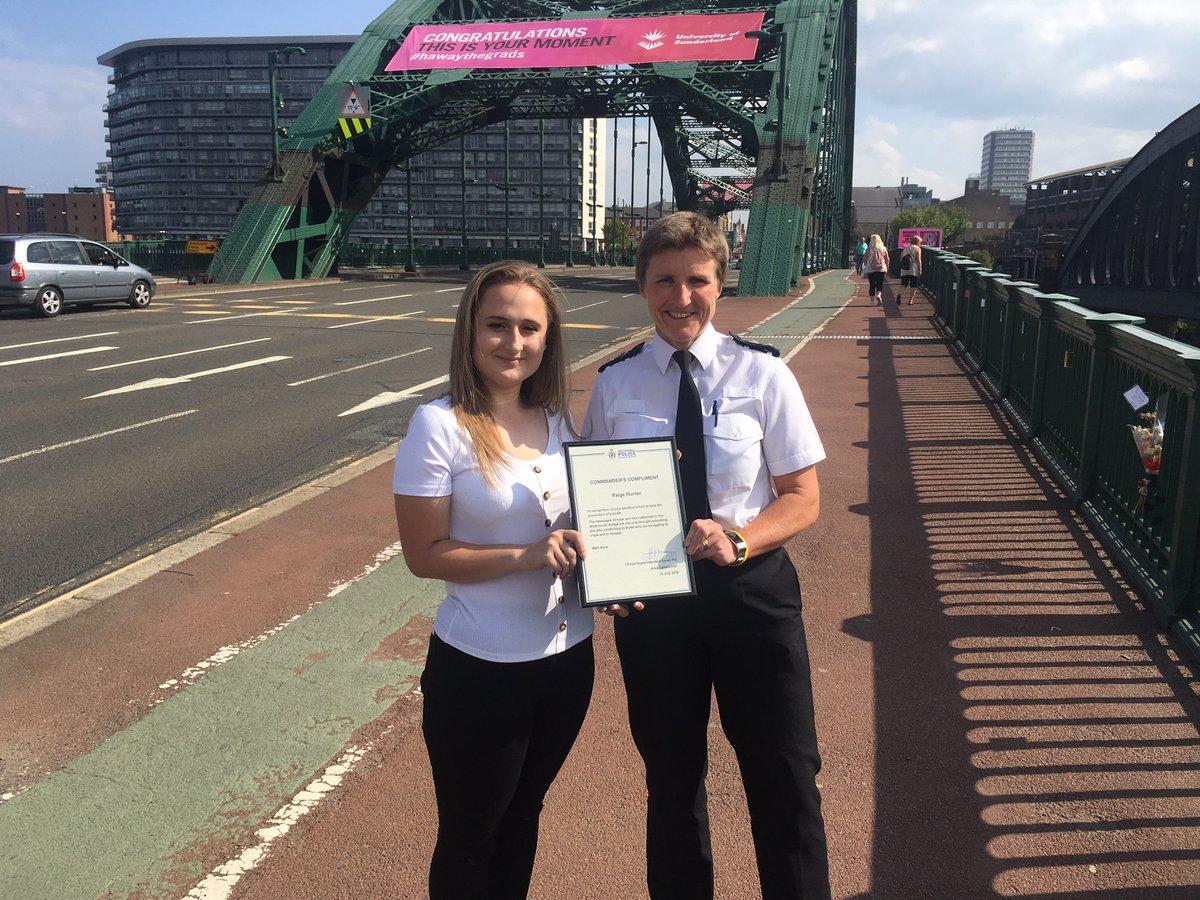 Police in the United Kingdom are commending a teenager and her inspiring messages for saving several lives. Paige Hunter, 18, wrote more than 40 heartfelt notes and tied them onto a bridge in Sutherland to help those in despair, Northumbria police said Sunday.

According to police, Hunter attached the messages to the railing of Wearmouth Bridge to offer solace to people facing a mental health crisis. One of the messages written by Hunter read: "Even though things are difficult, your life matters; you're a shining light in a dark world, so just hold on."

Northumbria Police Chief Superintendent Sarah Pitt presented her with an award on behalf of the department to recognize her selfless acts.

"We thought it was important to applaud the work Paige has been doing and the help she has given those in Sunderland who are going through a mental health crisis," Pitt said. "Paige has shown an incredible understanding of vulnerable people in need of support, and this is an innovative way to reach out to those in a dark place."

"She should be very proud of herself," Pitt added. "It is important that we encourage people to speak out and raise awareness of mental health issues and the impact on peoples' lives."

After receiving the award, Hunter said: "I wasn't doing this for an award; it was just something that I wanted to do."

"My family are just proud of me and I'm going to put it up on the wall," she said. "I just want to help people and I've been told it's already helped save six lives."