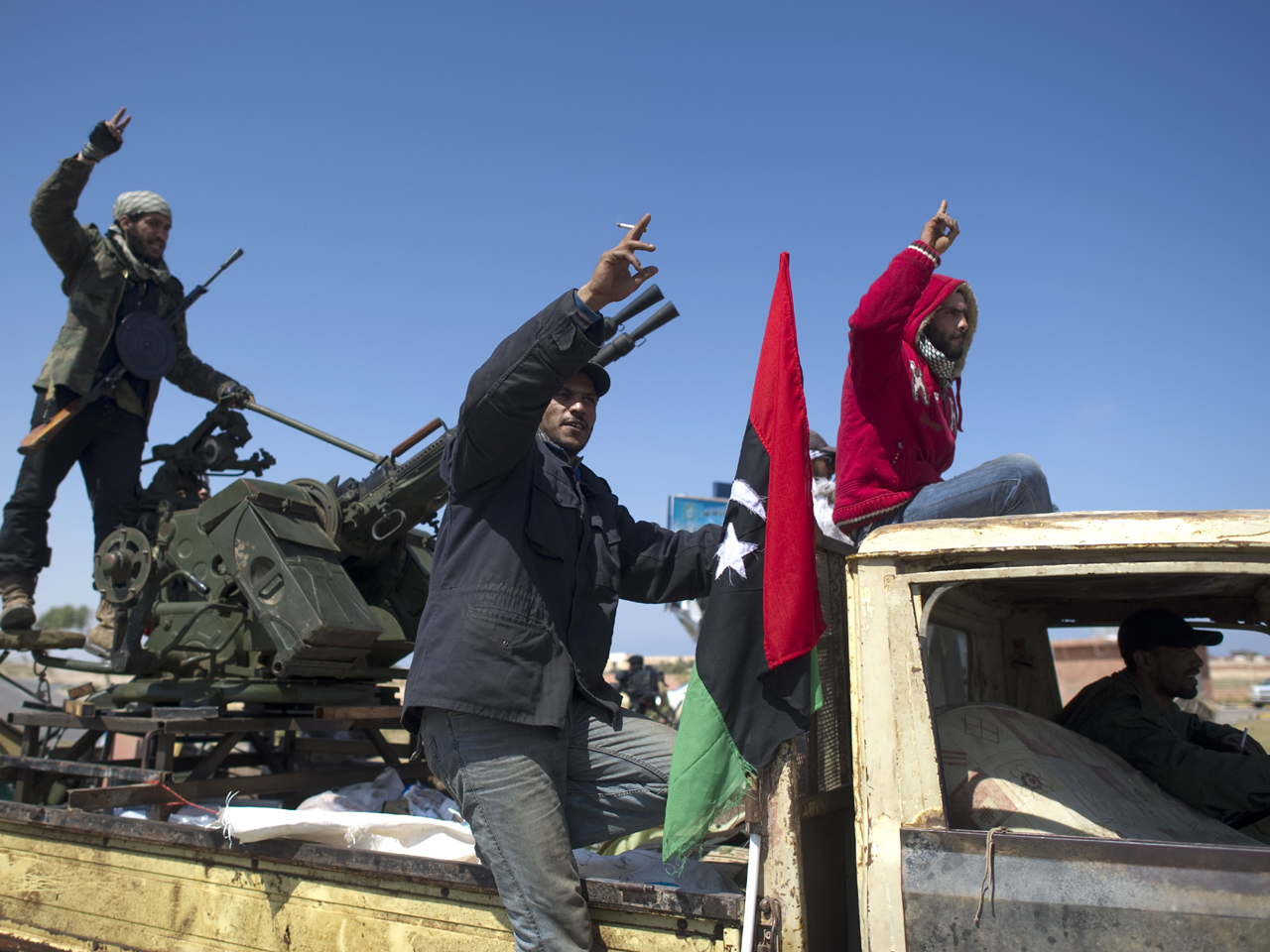 Hague said in a statement on Tuesday that the experienced military officers would join British diplomats already cooperating with rebel leaders in Benghazi.

Hague says the military team will help the rebels improve military organizational structures and offer help on communications and logistics.

He insists the advisers would not be involved in supplying weapons to the rebels, or assist with their attacks on Muammar Qaddafi's forces.

In Rome Tuesday NATO's top military official said the alliance is having trouble destroying mortars and rockets that Muammar Qaddafi's loyalists are firing at the besieged rebel city of Misrata.

The city has been under attack for seven weeks, and the New York-based Human Rights Watch has accused the regime's forces of launching indiscriminate attacks on residential neighborhoods.

Admiral Giampaolo Di Paola, the chairman of the alliance's military committee, told reporters in Rome that even though NATO operations have done "quite significant damage" to the Libyan regime's heavy weaponry, what Qaddafi has left is "still considerable."

Given NATO's mandate in Libya, which does not allow ground forces, "it's very difficult" to stop the regime's firepower on Misrata, he said.

"Unfortunately we have yet to succeed in neutralizing .... the mortars and rockets, especially inside the city," where it is "very hard to localize" the firepower and take it out without inflicting civilian casualties, Di Paola said.

Meanwhile, Italian Foreign Minister Franco Frattini said the international coalition will meet in Rome next month with the goal of finding common ground on new measures to help the Libyan people defend themselves against Qaddafi's forces now attacking several cities.

Frattini spoke after meeting with Mustafa Abdul-Jalil, the leader of the Libyan rebels' transitional government, who is making what is billed as his first foreign trip. Abdul-Jalil is meeting with Italy's top officials and a group of Italian business people with interests in Libya.

Frattini repeated Italy's position that he is against the supply of heavy weapons to the rebels but that the coalition could furnish material to block telecommunications and radars.