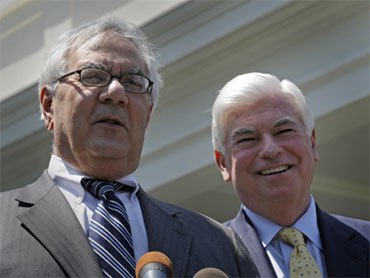 Twins who were separated at birth got married without realizing they were brother and sister, a lawmaker told the Britain's House of Lords.

The lawmaker provided few other details about the case when he mentioned it during a five-hour debate about a bill that would change regulations about human embryology. He said he had been told about the unusual case by a judge, who he did not name.

"I was recently involved in a conversation with a High Court judge who was telling me of a case he had dealt with," Alton said during the Dec. 10 debate. "It involved the normal birth of twins who were separated at birth and adopted by separate parents.

"They were never told that they were twins. They met later in life and felt an inevitable attraction, and the judge had to deal with the consequences of the marriage that they entered into and all the issues of their separation."

The case was first reported Friday in London's Evening Standard.

The High Court's Family Division declined to discuss or confirm Alton's account about the twins.

Alton, an independent legislator who works at Liverpool's John Moores University, said in a telephone interview Friday that the twins' inadvertent marriage raises the wider issue of the importance of strengthening the rights of children to know the identities of their biological parents, including kids who were born through in vitro fertilization.

Under British law, only a mother has to be named on a birth certificate. Such certificates also are not required to identify births that result from IVF or to identify the sperm donor.

In addition, British law does not require parents to ever tell children that they were the result of donated sperm.

Alton believes this should be changed.

"Everyone has a right to knowledge about their lineage, genealogy and identity. And if they don't, then it will lead to cases of incest," he said.

Alton said he favors an amendment to the Human Fertility and Embryology bill - which is still being debated in the House of Lords - that would require birth certificates of children born from donated sperm to say that and to identify the genetic father.

Referring to the twins' case, he said: "If you start trying to conceal someone's identity, sooner or later the truth will come out. And if you don't know you are biologically related to someone, you may become attracted to them and tragedies like this may occur."