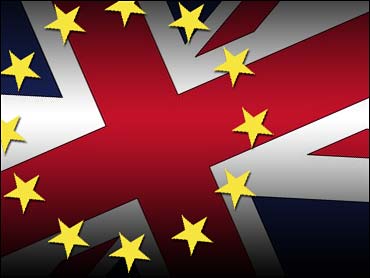 Britain, which takes over the presidency of the European Union next month, has postponed indefinitely a troubled referendum on the bloc's constitution following its rejection in France and the Netherlands, Prime Minister Tony Blair's office said Monday.

Blair's official spokesman said the failure of the French and Dutch referendums on the charter had to be discussed at the European Council summit later this month. The referendum faced likely defeat in Britain.

"Given that, it does not make sense to proceed at this point," the spokesman said on condition of anonymity according to government policy. "Let's have a pause, let's reflect."

He insisted that indefinitely shelving the referendum did not send a message that Britain believed the constitution was dead, and he said a referendum still may be held. Blair's government had not set a date for a referendum but had introduced legislation in Parliament allowing for such a vote to take place.

After French voters defeated the referendum, Blair called for a period of reflection. Monday's confirmation of the government's decision came hours ahead of Foreign Secretary Jack Straw's statement to the House of Commons outlining the government's position.

Blair, who visits Washington this week for talks with President Bush, is scheduled to meet Friday in London with a delegation from the European Parliament. Britain takes on the EU presidency July 1, and Blair's spokesman said such a meeting was customary for the incoming president.

French President Jacques Chirac and German Chancellor Gerhard Schroeder have reaffirmed their commitment to the document and called on other member states to press ahead with ratification. Britain does not want to be seen publicly as killing off the treaty by scrapping plans for a referendum, and Straw's statement is likely to stress the need for a period of reflection.

Germany renewed its insistence that the ratification process should go ahead.

"Ten countries have voted for the constitutional process, two against — and it is the right but also the duty of every country to be able to have its say," Chancellor Gerhard Schroeder's spokesman, Bela Anda, said before the announcement by Blair's office.

Poland's President Aleksander Kwasniewski was meeting Monday with a group of advisers to discuss whether his country should hold a referendum.

Just before the announcement by Blair's office, Polish Deputy Foreign Minister Jan Truszczynski appealed to Britain not to back out of the ratification process.

"If the British hit the last nail to the treaty's coffin by announcing that they are backing out ... then there is the question of what would happen to the ratification procedure in the other countries," Truszczynski said on private radio TOK FM.

Later Monday however, Truszczynski's boss, Foreign Minister Adam Rotfeld, said the Polish government wanted to go ahead with a referendum.

Blair's spokesman said the EU needed to reflect on why France and the Netherlands rejected the treaty. He suggested the "no" votes emphasized the need for economic reform of the bloc — a key goal of Britain's upcoming 6-month-long EU presidency.

The spokesman said Blair believes that "concerns about how the European economy responds to globalization" were behind the "no" votes.

"What we need is a proper, sensible rational debate about globalization and how Europe meets that challenge," he added.