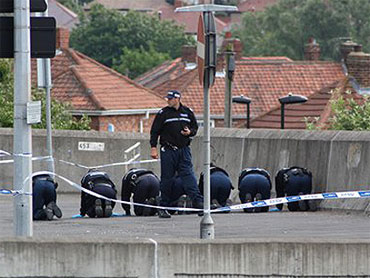 Police hunting for a man accused of shooting his ex-girlfriend, killing her new partner and seriously wounding an officer have called in reinforcements.

Northumbria Police said Monday they have requested "additional firearms trained officers from a number of other forces" as they search for Raoul Thomas Moat.

Moat, 37, was released from prison last week after serving a sentence for assault.

His former partner, 22-year-old Samantha Stobbart, remains in critical condition after she was shot in Gateshead, northeast England, on Saturday. Police said her boyfriend, Charles Brown, 29, was killed outside the same house.