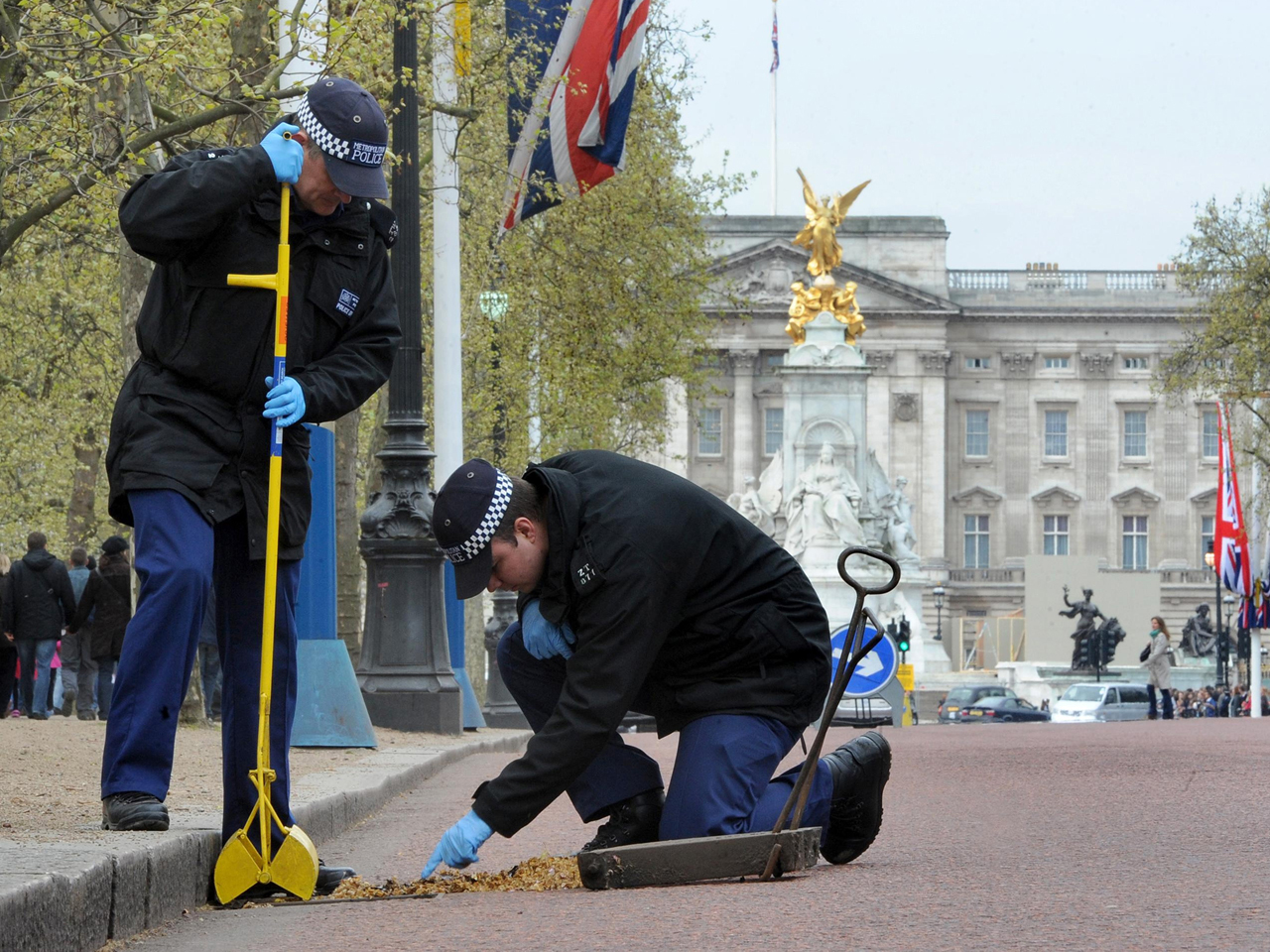 LONDON - "Bobbies" in helmets may be the quintessential vision of polite British police, but for the royal wedding, forget the niceties. CBS News correspondent Barry Petersen reports there will be armed police, helicopter surveillance and snipers on rooftops.

There will also be Max; The trained sniffer dog who is perhaps the only creature whose enthusiasm is not about Kate and Prince William, but about protecting them by hunting for bombs.

"He can find things from a small filter paper, a small piece of paper right up to large bits of explosive, a van-full," says Phil McConnell, one of Max's handlers.

At big events, the British are not afraid to show off force as a deterrent, but there is also some pre-event security going on. London papers say police are searching out people who hate the whole idea of royalty, or others who may still be angry over the death of Princess Diana and seek some kind of revenge.

"They will be looking at people who are known to have an obsession with the Royal family perhaps, they will be even targeting people who they strongly suspect of perhaps planning a terrorist attack," says former Metropolitan Police commissioner Brian Paddick.

However, royal security has been breached in the past. Just last December the car carrying Prince Charles and his wife was attacked by students protesting tuition hikes. Ironically, the same car will be used to take Kate to Westminster Abby. Overhead, helicopters will keep a close eye on her car and the rest of the procession.

"'If you've got a particular location where there is a potential problem or an issue, or you've got an individual that they've had information about that they want us to look at, we can put that individual or that location on screen," explains Metropolitan police helicopter pilot Sgt. Richard Brandon.

Security at these kinds of events is tricky; there must be enough to make sure the royals and people around them are protected, but done quietly enough not to spoil the fact that all this is, in fact, one big excuse to celebrate.