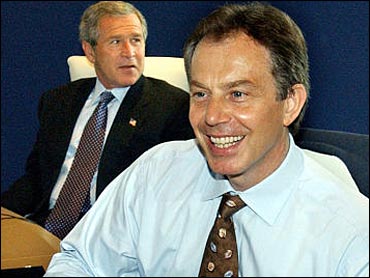 Greetings America. Something seems to have gone wrong – badly wrong – with the way we feel about you.

My great-great-grandfather was a New York senator, half my family settled in America, I have been traveling to the U.S. over four decades – and I've never known anything quite like it. There's a real sense that the man and woman on the street here in the United Kingdom is no longer on the same wavelength as – is no longer even in broad sympathy with – the man and woman on the street in the United States.

In recent days, there have been three major TV programmes here about the new antipathy towards America. In Britain's best-selling broadsheet newspaper, there has been a series of articles explaining why you now mistrust us and we don't really understand you. We eat your food, we watch your TV shows, we speak your language, but we're uneasy about you. It's partly envy.

One hundred twenty years ago, when the British Empire was at its height, we maintained our supremacy with a golden rule: Britain's Royal Navy would always be the same size as the next two largest navies in the world put together. Today the US Navy is larger than the world's next 22 navies put together. As one of your former ambassadors to the UK put it this week: 'America isn't just a super-power. It's a super-duper power.'

And that makes us nervous. Iraq hasn't helped. Our Prime Minister Tony Blair has backed you to the hilt, but two of his cabinet ministers resigned over the war, and in parliament here they're still asking, 'Where are the weapons of mass destruction?' I think we regard you as too certain and too insensitive. We like to think our troops are handling the reconstruction of post-war Iraq better than yours – and we're not surprised that this week an Arab-speaking Brit has been drafted in to help run the show in Baghdad.

Clearly it's still chaos there, but there was at least something to raise the British spirit in this week's news from Iraq. Last weekend, to mark our Queen's official birthday, the Brits in Baghdad got together, in makeshift huts, amid the shambles and the looting and the shooting, and had a party. They flew the flag and raised their glasses to Her Majesty. This is Gyles Brandreth, in the old country that's worrying about the new, for CBS News in London.