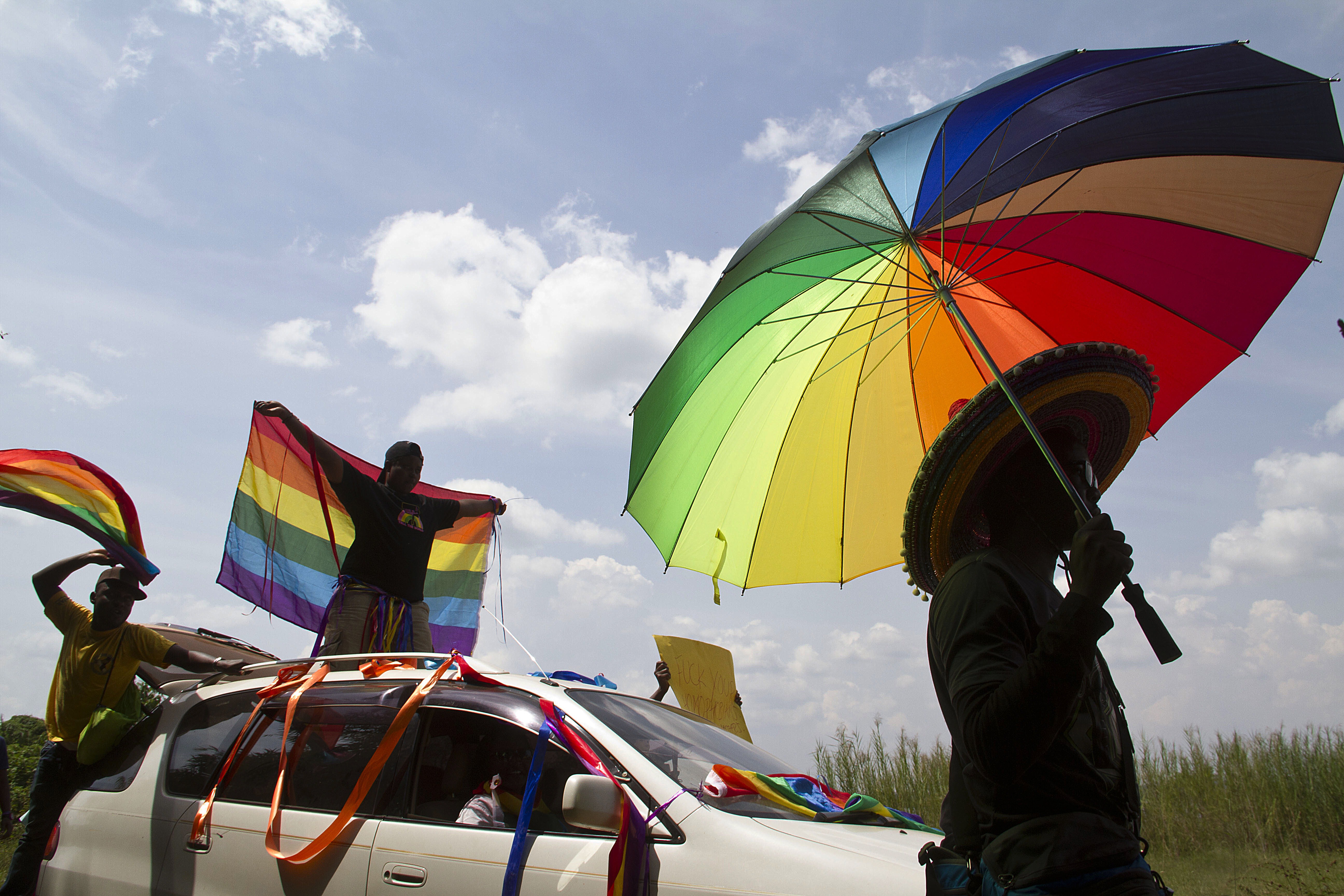 KAMPALA -- Uganda's government said Monday it "will continue to suppress" the public activities of homosexuals and that a rehabilitation program had been developed to allow them to "lead normal lives again."

Ugandan police last week arrested about 20 people attending a gay pride event at a nightclub in the capital, Kampala. They were questioned and released hours later, although some said they had been assaulted by police officers.

Simon Lokodo, a Ugandan minister in charge of ethics and integrity, told reporters that gay pride activities are being organized "with the influence of some foreign forces" he didn't name. He also accused gay people of trying to promote themselves.

Homosexuality is criminalized in Uganda, as in many African countries. A colonial-era law proscribes such sex acts "against the order of nature." Gay leaders say the LGBTI community faces discrimination, violence and extortion.

Lokodo, a former Catholic priest who condemns homosexuality, has previously been accused of leading efforts to foil the public activities of LGBTI Ugandans.

He said a program has been developed to "rehabilitate members of the LGBT community, with the ultimate aim of giving them a chance to lead normal lives again."

Many Ugandans say they despise homosexuality and believe it is imported from the West.

In 2009, a Ugandan lawmaker introduced a bill that prescribed the death penalty for some homosexual acts, saying he wanted to protect Ugandan children. The proposed bill prompted international condemnation, and a less severe version passed by lawmakers was rejected by a court as unconstitutional.