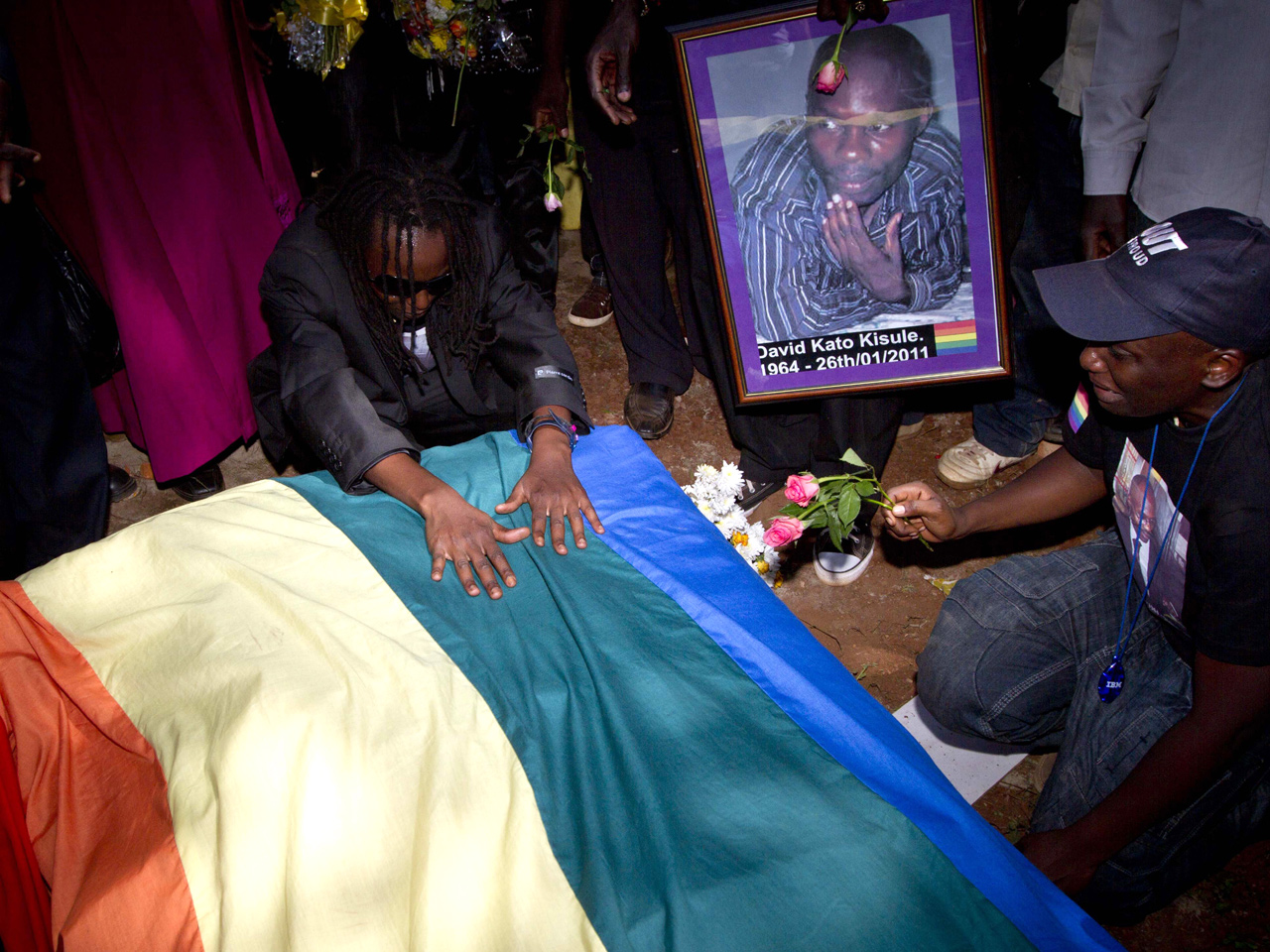 KAMPALA, Uganda - The Ugandan parliamentarian who first introduced an anti-gay bill that carried the death penalty for some homosexual acts reintroduced the bill on Tuesday, raising concerns among rights activists who have been fighting the legislation.

Parliamentarian David Bahati first introduced the bill in 2009 but it has never come before the full legislative body for a vote. Though widely supported in Uganda, the bill's progress apparently has been slowed by an international outcry against the bill, including condemnation from President Barack Obama.

Bahati has said that homosexuality poses a serious threat to family values and that his bill has helped raise public awareness about what he calls "the dangers to our children."

Bahati told The Associated Press last year that he is willing to drop the death penalty provision if that is the recommendation of a parliament committee, though a current reading of the bill hasn't been made public.

European countries such as Sweden and Britain have threatened to cut aid to Uganda if the bill is passed.

Homosexuality, already illegal under Uganda's penal code, is highly stigmatized in Uganda. Opinion polls frequently show the bill's wide support among Ugandans. Lawmakers other than Bahati have sometimes spoken passionately about the need for such a law, and none have condemned it.

The bill has been championed by Pentecostal clerics, who warn that young Ugandans are at risk of being indoctrinated into gay lifestyles by gays visiting from the U.S. and Europe. Even pastors who oppose the draft law do so not because it is draconian or unnecessary, but rather because they believe the police would not be able to enforce it.

"I've rejected it because it does not address Uganda's homosexuality problem," said Solomon Male, a Pentecostal cleric who has been dragged to court for accusing another pastor of sodomy. "The system can't permit any good law to be enforced."

Male said that an existing law against homosexuality, inherited from the colonial days, had not been enforced.

"It is a big problem-homosexuals are in our schools, in our churches, everywhere, and we don't even know where to start," he said. "Sensitization is the best."

Bahati's original bill carried harsh provisions. The original bill would mandate a death sentence for active homosexuals living with HIV or in cases of same-sex rape. "Serial offenders" also could face capital punishment, but the legislation did not define the term. Anyone convicted of a homosexual act would face life imprisonment.

Anyone who "aids, abets, counsels or procures another to engage of acts of homosexuality" would face seven years in prison. Landlords who rent rooms or homes to gays also could get seven years.