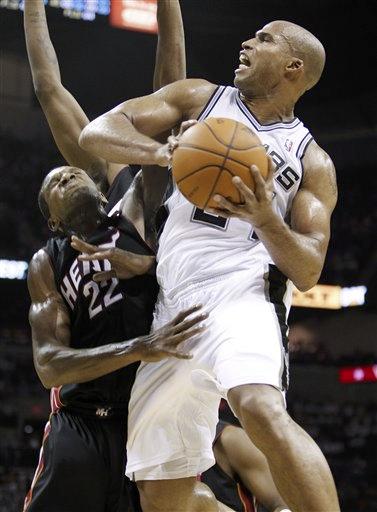 Rob and Amber who? Married couple Uchenna and Joyce Agu outraced a pair of former "Survivor" contestants and a former prisoner of war and his beauty queen girlfriend to win the seventh edition of CBS' "The Amazing Race" and its $1 million prize.

"It's so amazing, if I can use that word," said Joyce, grinning and giggling at the CBS season finale party.

It may seem a little more real on Wednesday, when Uchenna, 40, and Joyce, 44, will be The CBS Early Show to be presented with the $1 million check.

The Houston couple lugged boats in London, balanced water jugs on their heads in Africa and weighed complete strangers in Turkey - among other silly and strenuous tasks - in order to reach the finish line.

Unlike previous seasons of "Amazing Race," the racers didn't travel around the globe, instead they semi-circled from Long Beach, Calif., through South America, Africa, India, Europe and the Caribbean to their final destination in Miami.

Because the Agus arrived last during a non-elimination leg before the home stretch, the couple was stripped of all their belongings and cash per the reality show's nefarious rules.

The Agus begged their way to the finish line but didn't have enough money to pay their cab driver. Although they were only steps away the finish line and the $1 million prize, the Agus continued to beg from nearby strangers until they paid their cab fare.

"It was all about honor," said Uchenna. "That cab driver was going to get his money."

During an earlier stretch of the race in Jodhpur, India, Joyce agreed to shave her head as part of a Fast Forward challenge, allowing the Agus to skip to end of the leg. Uchenna cites that bold "sacrifice" as one of the turning points in the race.

"Once you shave it off, you have nothing to hide behind," said Joyce. "People can actually see your soul. It's so bizarre. I'm glad I did it."

"We thought they were regular people like us," said Joyce of Mariano and Brkich. "Really, it was an eye opening experience when we got on the race and saw that their notoriety was so amazing and people all over the world recognized them. We tried to ignore all that and do our own race just to spite what was happening with them and obviously it still paid off."

"My doctors offered us a free round of in vitro (fertilization)," said Joyce. "So after all this is over, if it doesn't work out, we have the money. We can adopt."