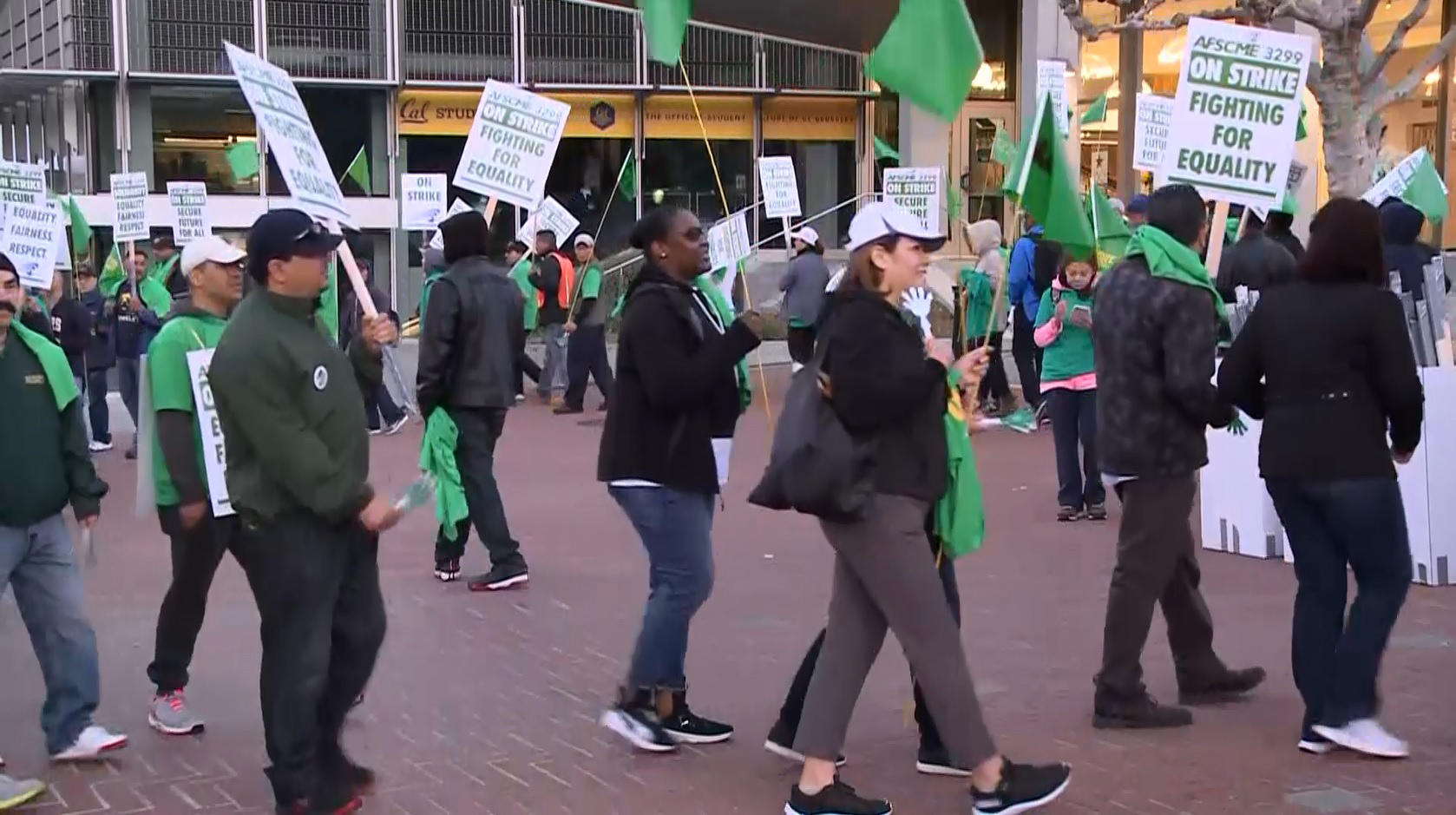 Strikers gathered at sunrise on the 10 campuses throughout the state, wearing green T-shirts and carrying signs that call for "equality, fairness, respect."

CBS San Francisco station KPIX-TV reports that about 50,000 workers across the 10 campuses throughout the state will be on the picket lines because of a sympathy strike by professional and technical employees.

Maricruz Manzanarez, a custodian who has worked on the Berkeley campus in the San Francisco Bay Area for two decades, told KPIX-TV that wages aren't keeping up with the cost of living.

The strike was called last week by AFSCME Local 3299, which represents 25,000 service workers, after the union and the university could not agree on a new contract and mediation efforts failed.

The service workers called for the sympathy strike by professional and technical employees, including medical assistants, nurses, radiology and other technicians.

"Most of these people have another job besides the one that they have here," Reuben Gomez, a radiation therapist, told CBS Los Angeles. "They go to work here. A lot of them go a second job just to make it, to survive on the wages that they do make here."

A union representing 14,000 nurses and another union that includes about 15,000 pharmacists, clinical social workers and physician assistants agreed to join the strike on Tuesday and Wednesday.

AFSCME spokesman John de los Angeles said the union wants the university to stop its outsourcings practices and address what it describes as widening income, racial, and gender gaps for service workers.

"They are actively seeking out to hire contract workers in favor of directly employed workers simply because they are cheaper and that is driving inequality," de los Angeles said.

UC spokeswoman Claire Doan said AFSCME service workers are already paid at or above market rates and that the union is demanding a nearly 20 percent pay raise over three years.

"A disruptive demonstration will change neither UC's economic situation nor the university's position on AFSCME's unreasonable demands," Doan said about the strike.

University officials said they have temporary workers to fill-in during the walkout but that students should expect some inconveniences.

She said the university working hard to ensure patients and students receive the services.

Medical center officials said they would continue to deliver essential patient care services but last week rescheduled a variety of appointments in anticipation of the walkouts.