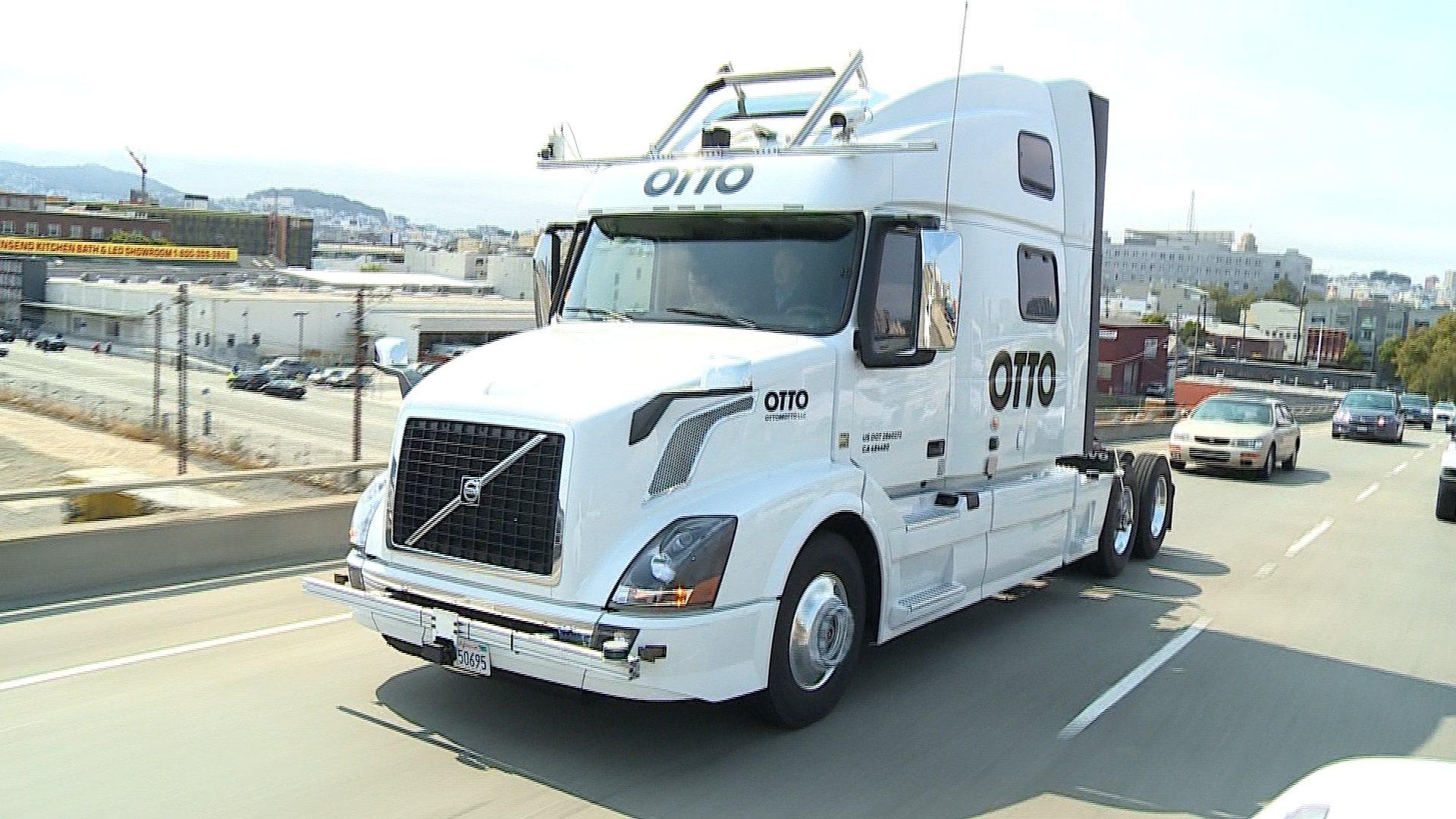 Uber is putting self-driving on the fast track of its business model. The on-demand car pioneer recently bought a company that’s designing autonomous big rigs and it’ll soon be testing self-driving passenger cars in the race among transportation rivals.

A Silicon Valley startup called “Otto” has just been bought by Uber, with the goal of putting a fleet of the self-driving trucks on the nation’s highways in as little as two years, reports CBS News correspondent John Blackstone.

Lior Ron, cofounder of Otto, said the ultimate goal is to make every truck a self-driving truck.

The announcement last week that Uber is buying Otto for an estimated $680 million gives the ride-sharing giant access to Otto’s advanced technology to further its own push into self-driving vehicles.

“The key for all of this is about accelerating that future -- really bring the best of minds from our team, from the existing Uber team, that will allow us to really get to that future sooner than later,” Ron said.

As soon as this month​, that future is arriving in Pittsburgh​, where Uber is introducing a fleet of new cars equipped to drive themselves. For now, those Uber cars will have a safety driver, but millions of Uber drivers​ around the world may be seeing a future where they are no longer needed.

“What would you say to professional drivers now who see Uber, may see auto, as a big threat to their jobs?” Blackstone asked.

“There’s a gradual transition that’s going to take many, many years for that to happen, and in the end of that transition, we’re going to see the economy shift to a slightly different model,” Ron said.

“There’s no way you can get around the fact that this will be to cut their dependency on human drivers and thus, the amount of humans they would employ,” said Karl Brauer, senior analyst of Kelley Blue Book.

Uber is only one of the companies racing toward a self-driving future. Its competitor, Lyft, is teaming up with General Motors on developing self-driving taxis. Google​, Ford and most other major car companies are also pursuing the technology.

“I think self-driving technology will be similar to cell phone technology of the last ten years, meaning it’s going to show up quickly and change things dramatically in a relatively short amount of time,” Brauer said.