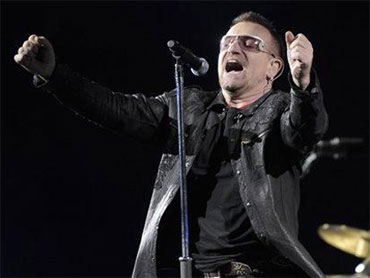 The U2 summer concerts that were postponed after Bono's back surgery have been rescheduled for the spring and summer of 2011.

The band was supposed to start the second U.S. leg of their "360" tour on June 3 in Salt Lake City, but Bono had to undergo emergency surgery in May.

Live Nation announced Tuesday that the rescheduled tour will start May 21 in Denver and run through July 23, 2011, in Minneapolis.

U2 Manager Paul McGuinness thanked fans for their patience, saying: "The band wants to get back to where they belong, surrounded by their audience."

The band starts their European tour Aug. 6 in Turin, Italy.