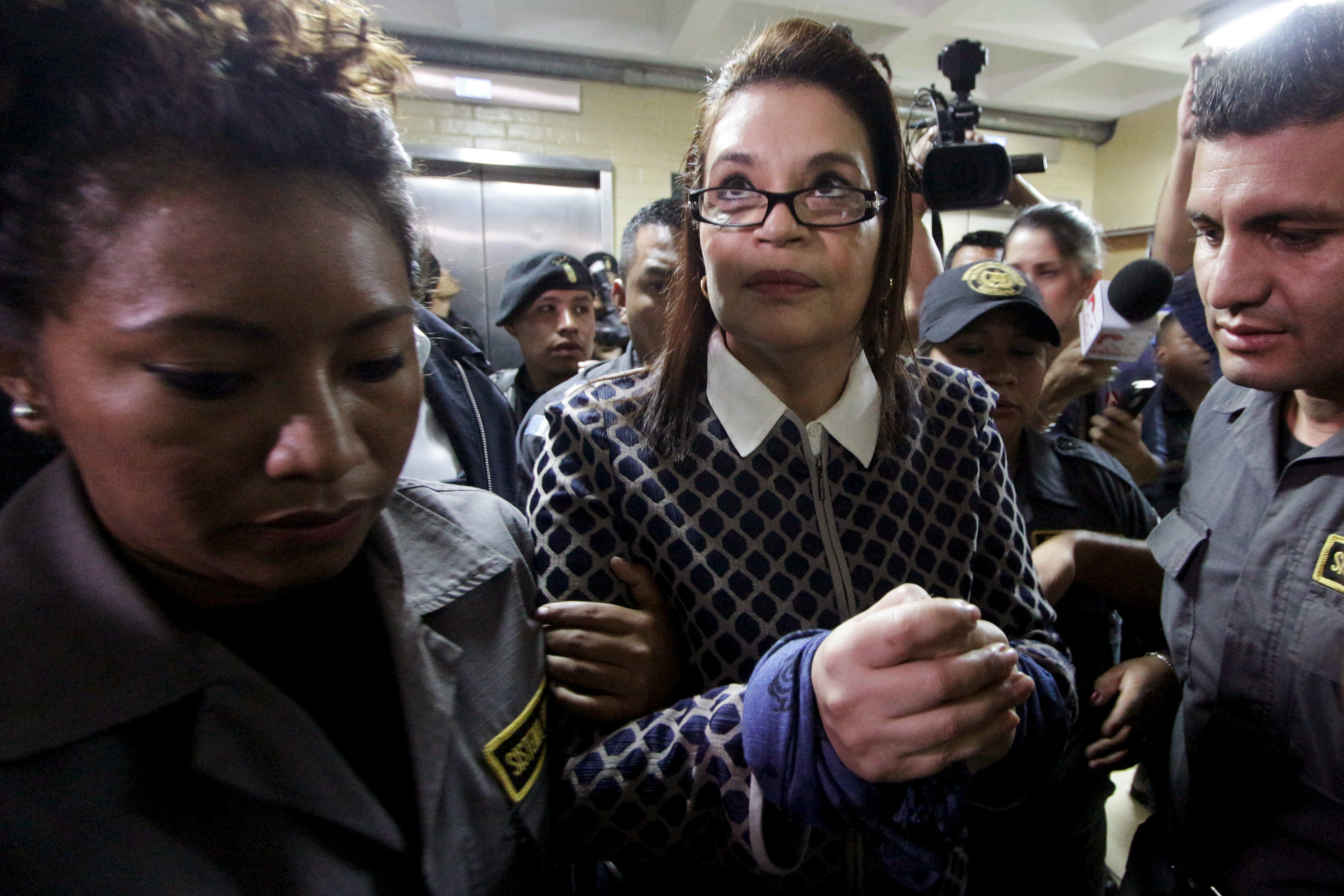 Baldetti and Lopez Bonilla were indicted in the U.S. District Court for the District of Columbia on Wednesday, according to the statement. Each faces a charge of conspiracy to distribute cocaine and knowing that it would be imported to the United States.

Baldetti’s attorney, Gustavo Juarez, said they had not been notified of the U.S. allegations. Juarez read a statement from Baldetti, in which she dismissed the charges as “one more of the lies in the persecution I have suffered since 2015.” She wrote “I have never participated in this type of activity, neither before I was vice president nor after.”

According to the indictment, Baldetti and others conspired between 2010 and 2015 to import cocaine to the U.S.

The embassy was awaiting the formal extradition request from the U.S. Justice Department.

Baldetti resigned in 2015 and was formally charged for corruption last year. She has been in custody on charges of allowing and benefiting from an alleged customs graft scheme that defrauded the country of millions of dollars. Then-President Otto Perez Molina also resigned and has been in custody.

In that scheme, companies paid bribes to avoid customs duties.

Another corruption scheme ensnared dozens of people with prosecutors alleging that kickbacks from government contracts were used to buy goods and services for Baldetti, including real estate and luxury vehicles, as well as $4.3 million in gifts.

Baldetti was accused of receiving $38 million in kickbacks between 2009 and 2015 for at least 70 public works projects. On one trip to Miami, she allegedly spent $27,000 on designer shoes and clothing.

The former vice president had denied all of those accusations.

She had not faced drug charges in Guatemala.