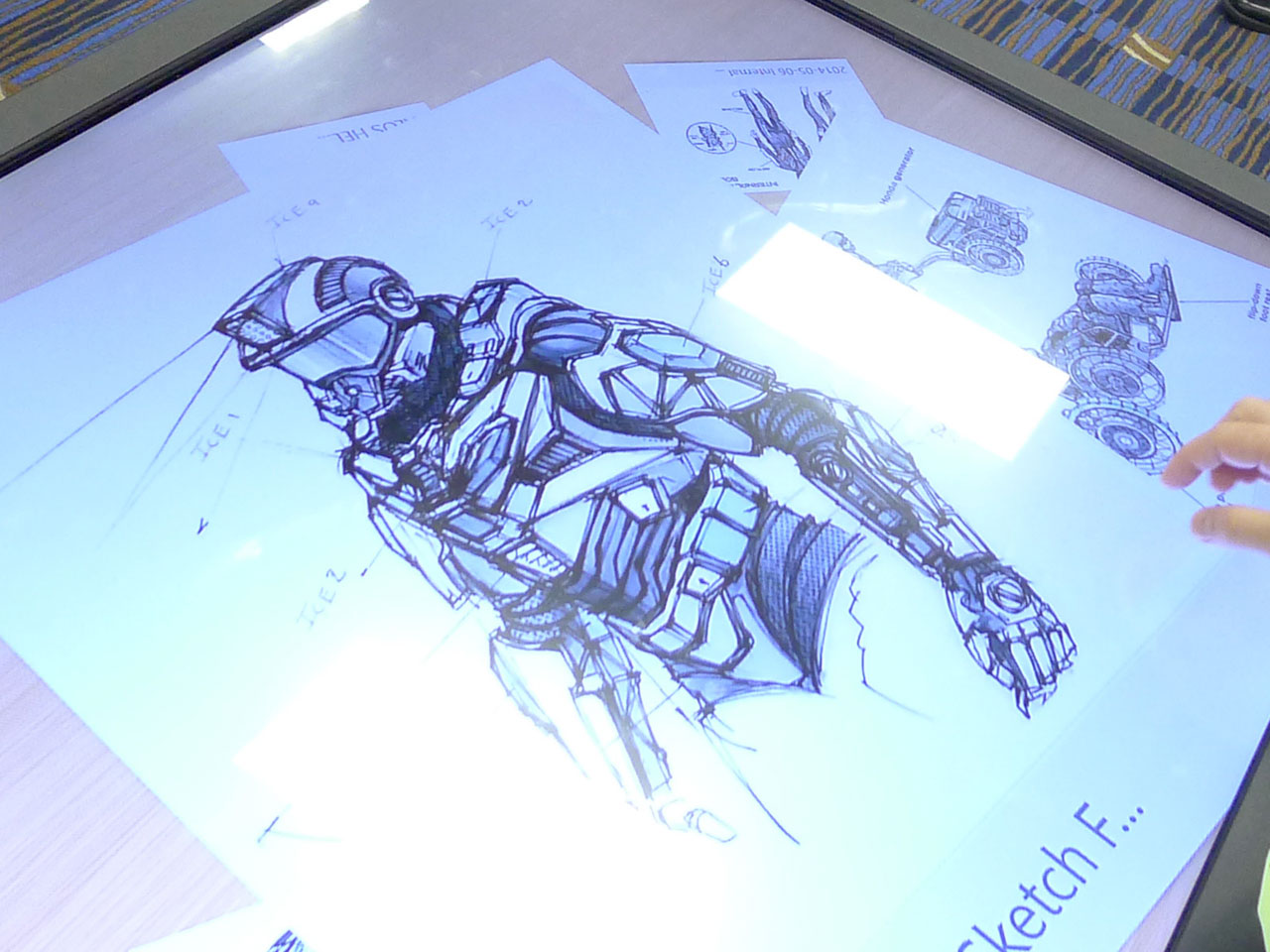 TAMPA, Florida - In the 2008 movie "Iron Man," the main character becomes a superhero after building a suit of armor with an exoskeleton that gives him incredible strength.

Today, elite U.S. special operations forces may be a few short years away from donning a similar suit, one that can monitor the user's vital signs, give him real-time battlefield information and be bulletproof from head to toe. The suit might eventually have other features unheard of only a few years ago, including an exoskeleton made of liquid armor, smart fabrics that could help stop hemorrhaging, enhanced sensory capabilities and Google Glass-like visuals.

The Tactical Assault Light Operator Suit (TALOS) project is coordinated through the Special Operations Command headquarters at MacDill Air Force Base in Tampa. Prototypes are expected to be shown to military commanders in June, with hopes that the suit will be given to high-risk units in 2018.

While the project sounds like something out of a science fiction novel, its mission is simple, said James Geurts, the Deputy for Acquisition of the U.S. Special Operations Command at MacDill.

"We've lost a lot of guys to gunshot wounds and explosions," he said. "If there's anything I can do to more rapidly field technology, give better protection, better capability, any progress, I think we've done well."

McRaven is widely credited with initiating the TALOS project. Last year, he described SOCOM's unique approach to the project: By harnessing the expertise of professional engineers, the creativity of students and possibly even "local garage tinkerers," the military will end up with a truly innovative project.

"I am very committed to it because I'd like that last operator we lost to be the last one we ever lose in this fight or the fight of the future, and I think we can get there," McRaven said last July.

What might be more remarkable than the whiz-bang technology of the suit is how Geurts and his team are reaching out to recruit contractors in non-traditional ways.

SOCOM has held "Monster Garage"-type events for people with potential ideas, and even Geurts acknowledged: "It's certainly not the traditional Department of Defense model."

"Looking for #collaborators to help #invent the next generation of #sof combat gear via #talos SOFTALOS," Geurts tweeted in September.

The biggest current challenge is making the suit light and comfortable for the soldier.

"For every pound the operator has to carry in armor, there's an additional energy supply," said Dan Stamm, a research scientist at Battelle, an Ohio-based defense contractor that's the lead contracting consultant on the TALOS project.

Dan Rini, president of Rini Tech in Orlando, is one of the contractors on the project. His company has made a "personal thermal protection system" for the military that runs off a 3.5-pound battery and uses cold water and tubes to keep people cool.

Rini said he's trying to adapt that invention to the TALOS suit.

"We don't want that person inside the suit to get overcome by heat stress," Rini said "He might have to be in it for a long time."

Michael Fieldson , the civilian TALOS project manager, said the battery pack for the cooling system and the exoskeleton present the biggest weight hurdles.

Whether the suit is adopted by special operations forces, even in part, will remain to be seen, said Curran. He suggested that partial exoskeletons to help ease the strain on solder's knees would be likely used first.

Another innovation that might see wider use than beyond just the suit is flexible bullet-proof armor.

Norman Wagner, a professor of chemical engineering at the University of Delaware, told NPR last year that his team is looking to nanotechnology to create a solution that contains particles smaller than a single red blood cell.

"We're starting with the material that's almost a liquid ceramic," he said. "It transitions when you hit it hard. These particles organize themselves quickly, locally in a way that they can't flow anymore and they become like a solid."

In other words, it could become a liquid-like Kevlar fabric, the current building block for bulletproof armor.