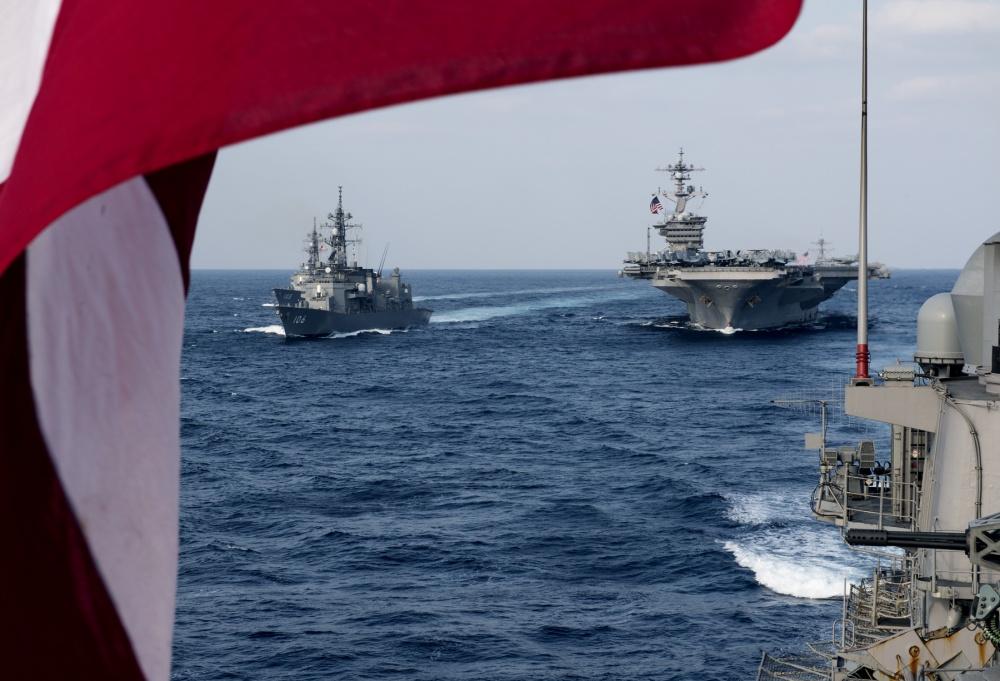 The Vinson battle group is nearing the Korean peninsula, CBS News national security correspondent David Martin reports. It is south of the Tohara Strait, which is between Okinawa and the Japanese main islands in the Philippine Sea.

Two Japanese destroyers have joined the Vinson, and when it gets closer to the Korean peninsula, it will also be joined by South Korean ships. The Vinson naval strike group is also expected to pick up a Chinese intelligence trawler, which will shadow it while it is in the area. Over the next few days, the U.S. Air Force will also be conducting exercises.

Martin also confirmed that the USS Michigan, a nuclear-powered guided missile U.S. submarine, is to arrive at the port of Busan in South Korea on Tuesday. It will engage in training exercises near the Korean peninsula after undergoing a hull inspection at Busan, and then it will join the Vinson strike group for surveillance. UPI first reported the deployment of the Michigan.

The Michigan is armed with around 150 Tomahawk missiles, with a range of about 1,000 miles.

All 100 U.S. senators will be briefed on North Korea at the White House late afternoon Wednesday. Director of National Intelligence Dan Coats and Secretary of State Rex Tillerson will do the briefing, according to a Pentagon spokesman.

Tuesday is Army Day in North Korea and U.S. intelligence is expecting some kind of “firepower display.” North Korea has continued its show of defiance, detaining a third U.S. citizen, Tony Kim, on Saturday.

The North has also continued its barrage of aggressive language, threatening the Vinson -- its forces are “combat-ready to sink a U.S. nuclear-powered aircraft carrier with a single strike,” state-run media bragged.

“They use ... these detainees from the United States as bargaining chips,” he told CBS News. “They always want something in return.”