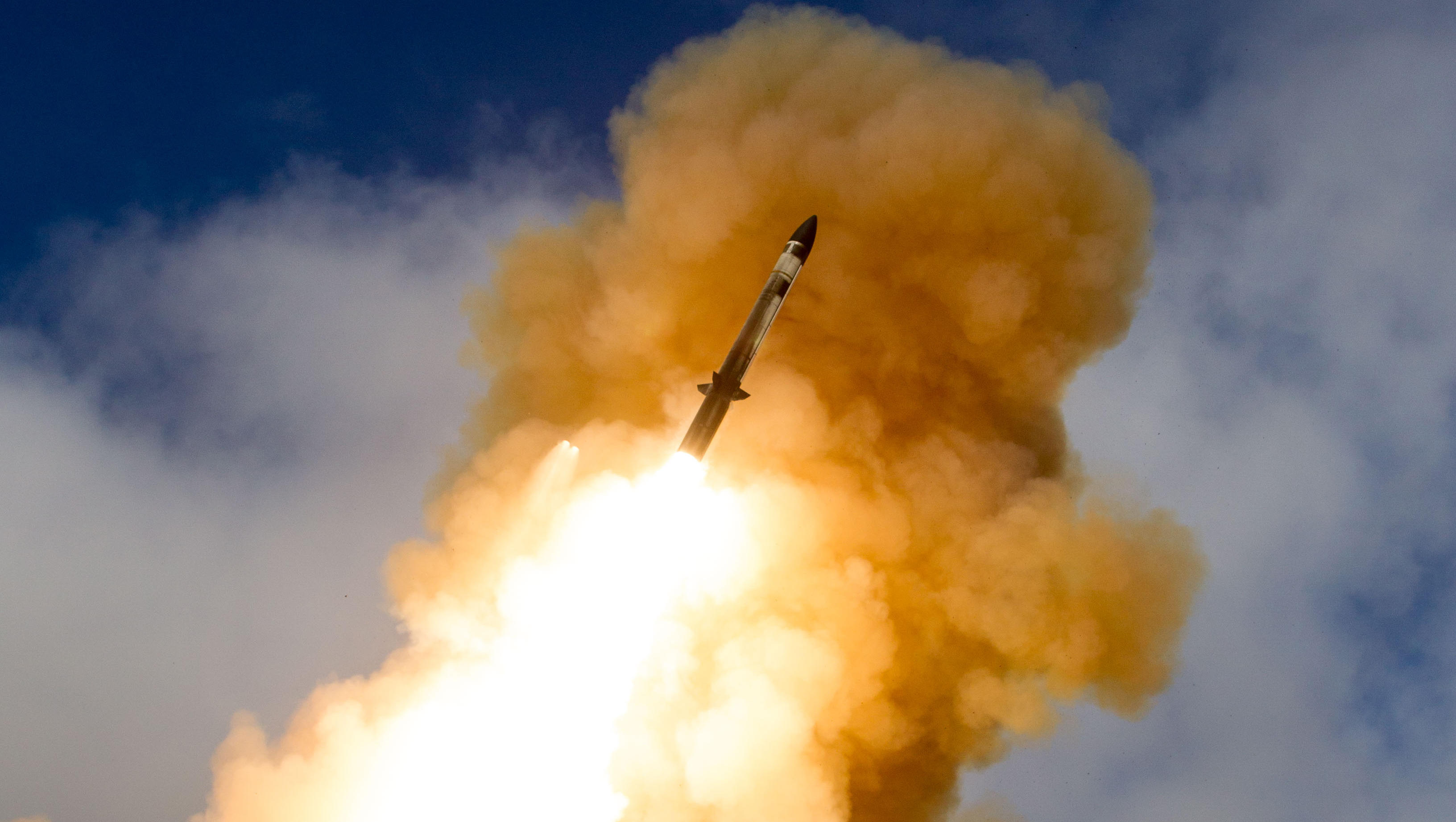 A joint missile defense test conducted by the U.S. and Japan failed to intercept a targeted rocket over the Pacific on Wednesday, the U.S. Missile Defense Agency (MDA) said.

The failed attempt was the second intercept test of the Standard Missile-3 (SM-3) Block IIA missile, which is being developed by the U.S. and Japan to intercept medium- and intermediate-range ballistic rockets. The first test in February was successful.

Wednesday's test included the launch of a medium-range ballistic missile from a base in Hawaii at 7:20 p.m. local time, the MDA said in a release. The USS John Paul Jones, a guided-missile destroyer outfitted with the Aegis weapon system, tracked the missile, launching an SM-3 Block IIA guided missile to intercept the target.

However, the intercept "was not achieved," the MDA said, providing no further details.

"Program officials will conduct an extensive analysis of the test data" and release additional information following a review, the agency said.

The Japanese Ministry of Defense participated in Wednesday's test. Japan is a key U.S. and South Korean ally, and U.S. missile defense programs utilize radar systems based in the country.

The test comes as the U.S. seeks to counter the threat from North Korea's missile program amid rising tensions in the region. The North Korean regime has conducted multiple missile tests in recent months, including a May 14 test of a medium-range rocket that was its most successful to date. U.S. intelligence believes the country is intent on developing an intercontinental ballistic missile (ICBM) capable of reaching U.S. soil.

In May, the U.S. successfully shot down a target resembling an ICBM in a test for the first time. That test featured a missile launched from the California coast intercepting a rocket outfitted with a mock warhead over the Pacific, in what the MDA called "an incredible accomplishment."

"I believe when it comes to North Korea's nuclear missile threats, it is the Republic of Korea that is more dire," Moon said. "For the United States the North Korean threat is a future threat on the horizon. But for us this is a matter of life and death."