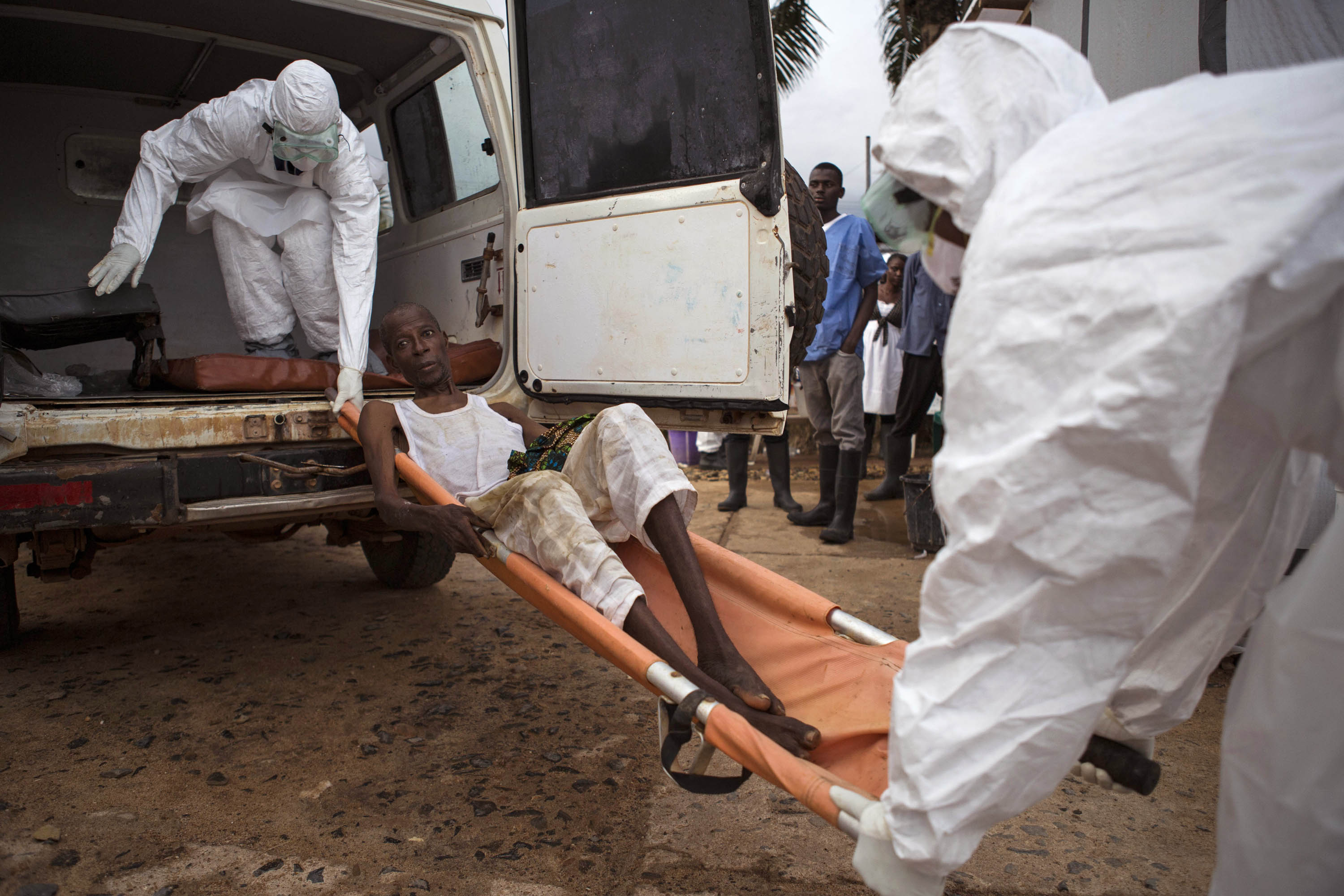 Top U.S. government health officials said Sunday that they are opposed to placing a ban on travelers from Ebola-infected countries, warning that shutting down borders could impede efforts by aid workers to stop the spread of the deadly virus.

The idea of a ban gained currency this past week after the nation's first case was diagnosed in Dallas when a visitor from Liberia fell ill. Proponents have argued that a ban would help ensure public safety.

"You isolate them, you can cause unrest in the country," Fauci told "Fox News Sunday." ''It's conceivable that governments could fall if you just isolate them completely."

British Airways and some other airlines have suspended flights from those countries, and overall traffic to and from the affected areas has dropped.

Republican Sen. Mark Kirk has said the federal government should gradually halt flights to the region to protect Americans. Republican Rep. Tim Murphy plans to conduct hearings on the policy this coming week. He leads the House Energy and Commerce Subcommittee on Oversight and Investigations.

Asking travelers to report their own activities at airports "has been a demonstrated failure, and it is nearly impossible to retrace steps to try and track down everyone who has been in contact with a carrier taking multiple international flights across the globe," Murphy said Friday.

"The Obama administration keeps saying they won't shut down flights. They instead say we should listen to 'the experts,'" Jindal said Friday. "In fact, they said it would be counterproductive to stop these flights. That statement defies logic."

Dr. Tom Frieden, director of the federal Centers for Disease Control and Prevention, said on ABC's "This Week" that the administration was open to practical suggestions that won't backfire.

"We don't want to do something that inadvertently increases our risk by making it harder to stop the outbreak there, because if it spreads more widely throughout different countries in Africa, that will be even more of a risk to us," said Frieden, whose agency has cautioned against non-essential traffic to Liberia, Sierra Leone and Guinea.

Frieden has also noted that a ban on incoming flights could affect Americans trying to return home from those countries.

"There are many other people who have the right to enter into this country," he said during a Saturday briefing. "And we're not going to be able to get to zero risk no matter what we do unless and until we control the outbreak in West Africa."

An airline passenger, Thomas Eric Duncan, traveling from Liberia to Dallas brought Ebola into the U.S. last month. He is hospitalized in isolation, and public-health officials are monitoring a few dozen people who may have been exposed to the virus.

U.S. officials have emphasized that the United States has a modern medical system that is far better equipped to contain an outbreak than the African countries where Ebola is currently spreading.

Airline passengers have their temperatures taken as they board planes in the outbreak zone, although those infected with Ebola can go up to 21 days before they exhibit symptoms. Passengers are also asked about contact with infected people, but that process would not be useful if a passenger lies or simply does not realize the medical condition of people they have encountered.

Duncan's temperature was below normal and he did not have any of the symptoms for Ebola when he boarded a plane on Sept. 19 at Roberts International Airport in the Liberian capital of Monrovia. He was asked if he'd taken care of an Ebola patient or touched the body of anyone who'd died in an Ebola-stricken area in the last 21 days - the incubation period. He answered "no" to those questions. Several days earlier he had helped put a desperately ill pregnant woman into a taxi that rushed to a hospital. The woman died hours later, but it is unclear whether Duncan knew he may have been exposed to Ebola.