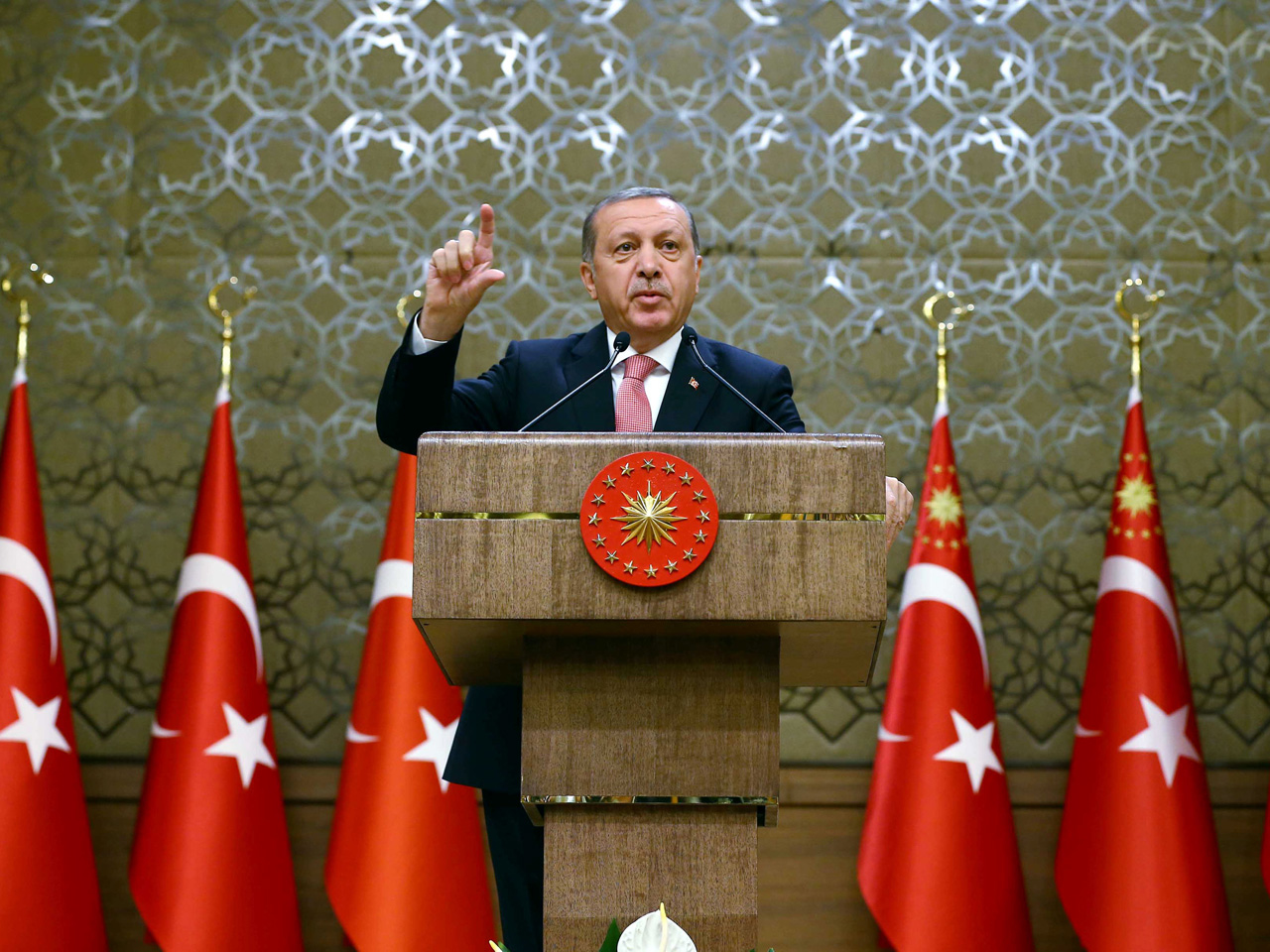 WASHINGTON (AP) — U.S. prosecutors said Thursday they have dismissed all criminal charges against seven of Turkish President Recep Tayyip Erdogan's bodyguards stemming from a brawl in Washington last year in which protesters were beaten. The charges were dropped last month just a day ahead of a meeting between Erdogan and now-outgoing Secretary of State Rex Tillerson, but the State Department said the timing was coincidental.

Prosecutors said they dropped the charges against the seven on Feb. 14 after dropping charges against four others in November. Assault charges are still pending against four other members of Erdogan's security detail as well as two Canadian citizens accused in the May 2017 altercation outside the Turkish ambassador's Washington home during a visit by Erdogan. The incident sparked outrage in Washington and elsewhere and was condemned by the State Department and local officials.

Turkey has said the demonstrators were outlawed Kurdish militants and loudly complained when charges were announced against 19 people, including some of Erdogan's bodyguards. Two Americans pleaded guilty in December to assault in the matter and are currently awaiting sentencing.

The case badly damaged U.S.-Turkish relations and tensions between the NATO allies have increased further because of differences over military operations in Syria.

A day after the charges were dropped, Tillerson met with Erdogan in Ankara in a bid to ease the strained ties but the State Department said it was not involved in the decision.

The U.S. Attorney's office in Washington declined to comment on the reason for the dismissals.

The Wall Street Journal, which first reported the action, said Tillerson told Turkish officials that the cases was an example of how the U.S. had addressed Erdogan's grievances.

However, State Department spokeswoman Heather Nauert said Thursday that Tillerson had only mentioned the dismissals as an indication of the independence of the American judiciary.

"He noted that the timing was coincidental, but he also noted it was a good example of how we have an independent judiciary in our country, and that the Department of Justice made those decisions," she told reporters. "The secretary did not discuss this issue with President Erdogan as any type of a quid pro quo."

Tillerson's discussion with Erdogan at which they agreed to try to improve relations raised some eyebrows at the time because he did not bring any other U.S. officials into the three-hour meeting. The only other person in the room was Turkish Foreign Minister Mevlut Cavusoglu, who translated for the two men.