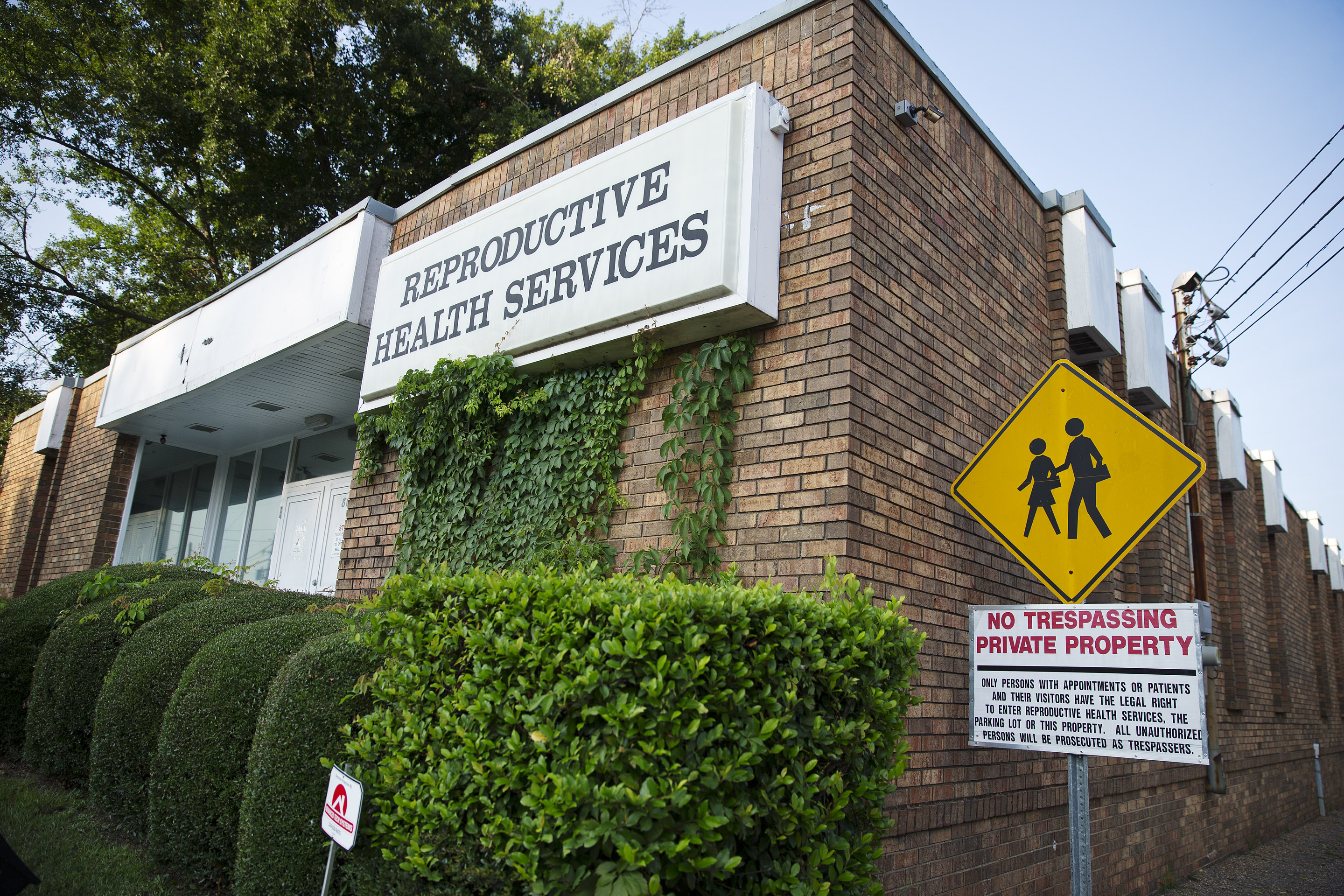 Thompson issued an order temporarily blocking enforcement of the law.

Planned Parenthood and others filed a lawsuit over the Alabama law last year.

Supporters of the law say it would make clinics safer. Clinic operators say the law would force the shutdown of all but two of Alabama's five clinics.

Thompson says the Alabama law would place an undue burden on women.

In a statement, Alabama Attorney General Luther Strange says he disagrees with the ruling and will appeal after Thompson issues a final order.

In a similar battle in Texas, nearly three-quarters of the state's abortion facilities would be forced to close by the end of this month if one of the nation's toughest new anti-abortion laws is allowed to take effect, attorneys for clinics challenging the law told a federal judge Monday.

U.S. District Judge Lee Yeakel in Austin will rule on the latest challenge to the sweeping abortion restrictions that Texas' Republican-led Legislature passed last year. Attorney General Greg Abbott, a Republican who is the favorite to become governor next year, is defending the restrictions.

The trial began as a federal judge in Alabama on Monday blocked a law in that state requiring doctors at abortion clinics to have hospital admitting privileges.

There are currently 18 abortion clinics operating in Texas. All of them would close if Yeakel upholds a law set to take effect Sept. 1 that would require the clinics to meet the same standards as ambulatory surgical centers.

That would leave just seven places for women to legally terminate a pregnancy in Texas - all surgical centers in major cities, including four operated by Planned Parenthood.

Women living near the Mexico border would be most affected, as many would face a four-hour drive to get to the closest U.S. abortion provider.

Attorneys for the state contend that the distance doesn't pose an undue burden, saying women in El Paso could quickly reach an abortion provider by driving across state lines.

"We all know they can go 10-15 minutes down the street into New Mexico," said Jimmy Blacklock, a deputy attorney general.

A U.S. appeals court last week took a dim view of that argument over a Mississippi law that would close that state's only abortion clinic. The 5th U.S. Circuit Court of Appeals ruled that Mississippi may not shift its obligation for established constitutional rights of its citizens - in this case, getting an abortion - to another state.

Blacklock, who acknowledged the Mississippi decision in his opening arguments, said the Texas law ensures women's health. He said 85 percent of Texas women would still live within a three-hour drive of an abortion provider if the law takes effect.

Abortion providers say they don't have the money to upgrade their facilities or build new ones that meet the more rigid medical requirements of surgical centers. They told Yeakel that nearly 1 million women in Texas would be further than 150 miles from an abortion provider and predicted that more women will dangerously attempt to terminate their own pregnancies.

The trial is expected to last four days, and appeals no matter Yeakel's ruling are expected.

Both abortion-rights supporters and opponents crowded the federal courthouse in Austin. Among them was a woman wearing the now-famous pink sneakers worn by Democratic state Sen. Wendy Davis last summer during her nearly 13-hour filibuster that temporarily delayed passage of the law. Davis is now running against Abbott in the race to succeed Gov. Rick Perry next year.