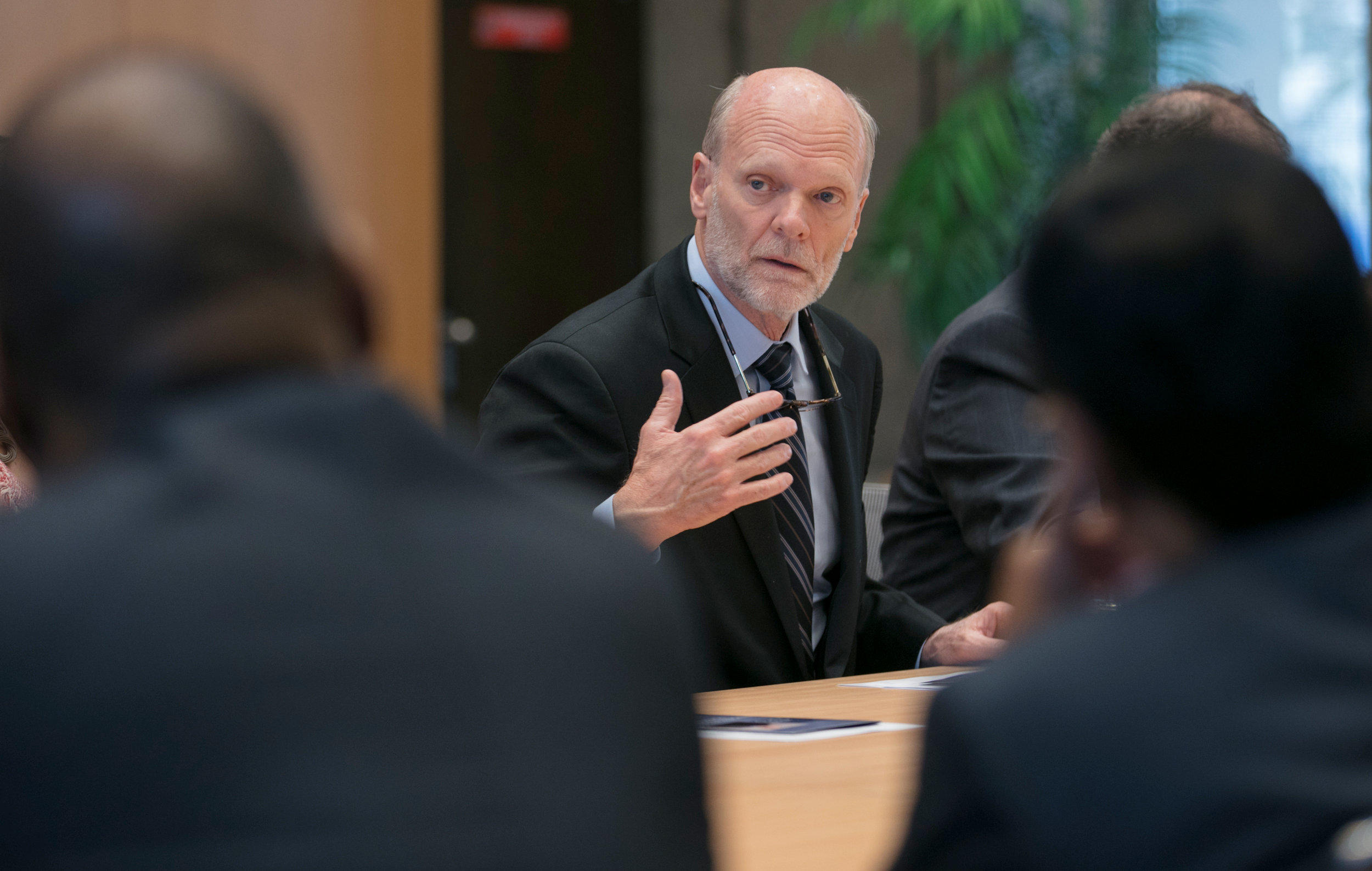 GENEVA -- The U.N.'s migration agency snubbed the Trump administration's candidate to lead it on Friday, a major blow to U.S. leadership of a body addressing one of the world's most pressing issues - and only the second time that it won't be run by an American since 1951. Diplomats who took part in the first three rounds of voting Friday told the Associated Press that American Ken Isaacs was eliminated in the ongoing contest to elect the next director-general of the International Organization of Migration.

The race was so far led by Antonio Vitorino, a Portuguese Socialist, ahead of IOM deputy director-general Laura Thompson of Costa Rica.

U.N. migration officials are distressed by U.S. policy and sources told CBS News that Mr. Trump's candidate did not stand a chance, reports CBS New' Pamela Falk.  In addition, as a former Portuguese politician, Vitorino has a good relationship with the secretary general and will move the global compact on migration forward, Falk reports.

The move marks a searing rejection of the U.S. candidate just as the Trump administration has been retreating from or rebuffing international institutions - including two others based in Geneva: Earlier this month, the United States pulled out of the U.N.'s Human Rights Council, and Mr. Trump has recently criticized the World Trade Organization as "unfair" to the U.S.

"Yet another sign that US power, authority and prestige has been so dramatically diminished," tweeted Keith Harper, who was the Obama administration's ambassador to the rights council. The "IOM Director is seen as an 'American seat' and Mr. Trump was unable to place an American in it."

Isaacs' candidacy had been clouded by U.S. policies like travel bans and migrant family separations - and his own comments that critics have called anti-Muslim. But few diplomats streaming out of a Geneva conference center dared to offer an explanation about how an American was stripped of a post that the U.S. has held a lock-hold on for decades.

One, Senegalese diplomat Youssoupha Ndiaye, simply spoke of the early result: "The American is out." Two other diplomats confirmed that, as well as the two-person race remaining between Vitorino and Thompson, as delegates broke for lunch. The two spoke on condition of anonymity because they weren't authorized to release the information publicly.

The winner, who will be determined by dues-paying, ballot-casting members among the 172 countries in the IOM, will succeed longtime U.S. diplomat William Lacy Swing, who leaves in September. IOM officials declined to confirm the result until voting was finished.

An intergovernmental body that became a U.N.-related agency in 2016, IOM has had only one director-general who wasn't American since its creation 67 years ago.

But Mark Hetfield, a self-described friend of Isaacs who heads the humanitarian group HIAS, which works with IOM, put the blame on policies and invective from the man in the White House - not the candidate for the U.N. migration agency job.

"This IOM election really was not about Ken Isaacs, for whom I have a lot of respect as a humanitarian," Hetfield said. "The election was an international referendum rejecting President Trump and his xenophobic, Islamophobic and isolationist policies.  Let's face it, Isaacs' tweets were no worse than the ones coming out of the White House."

The administration is fresh off major international scorn over the separation of migrant families coming across the Mexico border. The U.S. Supreme Court has also upheld his ban on U.S. travel for citizens of a number of countries, most of them predominantly Muslim. Trump has also yanked the United States out of the Global Compact for Migration.

Even before that, Isaacs was on the defensive over retweets and other comments that some critics viewed as anti-Muslim, so much so that he shut down his Twitter account. After that Isaacs carefully stage-managed his media appearances and kept to script - with State Department handlers advising him or in tow.

Playing in Isaacs' favor along with tradition, however, was money: The United States is the single biggest donor to the IOM, followed closely by the European Union.