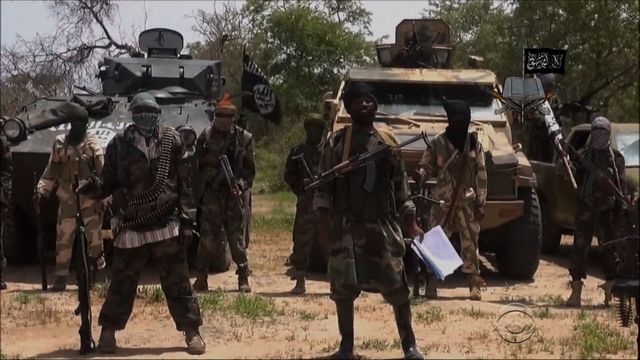 UNITED NATIONS - The U.N. Security Council condemned the recent escalation of attacks by Boko Haram on Monday, in its first formal reaction to the activities of the Nigerian extremist group that seized the world's attention last year with the kidnapping of 276 schoolgirls.

In a presidential statement approved by all 15 members, the council expressed deep concern that Boko Haram's activities are undermining peace and stability in central and west Africa.

The statement was sponsored by Nigeria, which had been reluctant to have the council discuss the Islamic militant group despite being a member of the Security Council.

The Security Council has previously responded to specific terrorist acts by Boko Haram, including the abduction of 276 schoolgirls in Chibok last April, with press statements that do not become part of its official record. This was the first presidential statement, which does become part of the council record and is second in importance to a council resolution.

The statement comes on the eve of Tuesday's meeting in Niger's capital, Niamey, to discuss the regional response to the threat posed by the Islamic militant group, which is expected to include military action.

The council welcomed the meeting and urged regional countries to undertake planning to put into operation a "sustainable, viable and effective" Multinational Joint Task Force to conduct military operations against Boko Haram. It also welcomed last Friday's vote by Chad's National Assembly which authorized Chadian troops and security forces to assist Cameroonian and Nigerian soldiers in the fight against Boko Haram terrorists.

The Security Council demanded that Boko Haram immediately halt all hostilities, disarm and demobilize. And it demanded the immediate release of all those held captive by the group, including the 276 schoolgirls seized in April.

The council warned that some acts by Boko Haram "may account to crimes against humanity" and stressed that those responsible for violations of international human rights and humanitarian law must be held accountable.

The online activist organization Avaaz applauded the Security Council for its statement. The organization had launched a campaign calling on the council to take action on Boko Haram. It said the campaign was supported by more than 725,000 citizens around the world and shared by 50,000 people on Facebook.

"Boko Haram has butchered its way into the global spotlight and finally the Security Council is reacting. Today's presidential statement is a critical start and all eyes are now on Nigeria, its neighbors and the international community to put words into comprehensive action," said Alice Jay, campaign director for Avaaz.

The militant group seeks to impose Islamic Shariah law across Nigeria, Africa's most populous nation with about 170 million people, and it is increasing its territory under a self-proclaimed Islamic caliphate. The group has occupied villages about 250 kilometers (155 miles) from the border between Cameroon and Nigeria.

The Security Council singled out recent suicide bombings, including one which reportedly used a 10-year-old girl.

It also highlighted Boko Haram's seizure of a key military base at Baga, near the border of Cameroon and Chad. As soldiers fled the base on Jan. 3, Boko Haram went on a killing spree, reportedly drowning many in Lake Chad. Death toll estimates range up to 2,000 people, and Amnesty International called it the deadliest massacre in Boko Haram's 5-year insurgency.