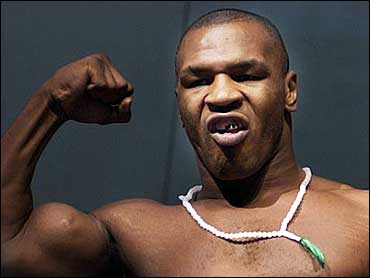 Eleven years after he was found guilty of raping a beauty pageant contestant, Mike Tyson again denied he committed the attack but said the burden of the conviction makes him want to do it now.

In a television interview scheduled for broadcast Thursday, the former heavyweight boxing champion said Desiree Washington "put me in that state where I don't know."

Tyson, 36, was convicted of raping Washington in an Indianapolis hotel room in 1991. He was sentenced to six years in prison and served three years before being released on parole.

He made the comments during an interview in Miami Beach, Fla., with legal commentator Greta Van Susteren, who was reviewing the 1992 trial.

A call for comment to Tyson's adviser, Shelly Finkel, was not immediately returned.

The interview will be shown on "The Pulse" at 9 p.m. EDT on the Fox network.