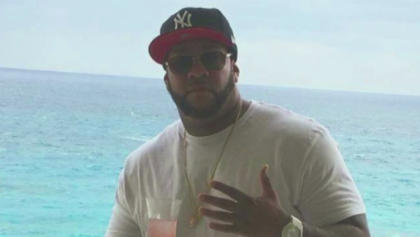 NEW YORK -- An actor who appeared in a crime show on YouTube was found stabbed to death in his Bronx apartment. Authorities say 40-year-old Tyrone Fleming, who played Tye Banga on the drama web series "848," was found dead at around 5:30 p.m. Wednesday.

Concerned co-workers contacted his family after he failed to show up at his job at Con Edison. When his fiancée went to check on him, she found his body blocking the front door, CBS New York reported. The station reports he had been stabbed in the back.

New York City police haven't named a suspect, but they do have unreleased video of a man wearing dark clothes entering the victim's apartment, the station reports. They say the suspect may have exited through a window.

Because there were no signs of forced entry, police reportedly think the victim may have known his killer.

"848," which reportedly garners nearly 100,000 views per online episode, sometimes depicts violent storylines, the station reports. But friends said Fleming wasn't violent in real life, describing him as a good man and a hardworking father of two.

Friends said they didn't believe the killing was related to the series.

"To lose him is just terribly devastating," friend Calvin Kennedy told the station.