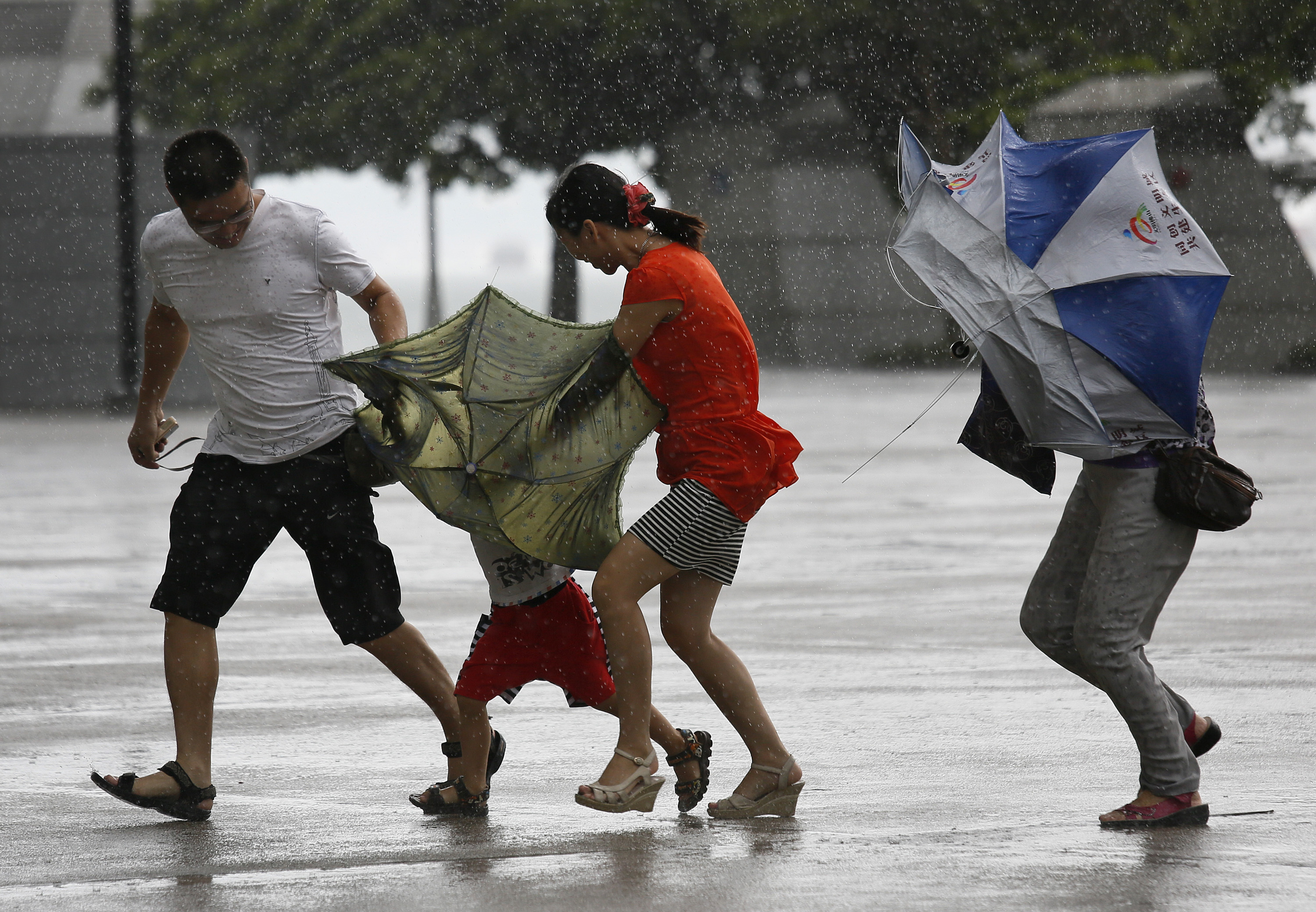 BEIJING Tens of thousands of people were evacuated as a powerful typhoon thundered into southern China on Wednesday after shutting down the bustling Asian financial center of Hong Kong.

More than 60,000 people were evacuated in the city of Maoming alone, while another 98,000 were moved to safety to the south on the island province of Hainan, where 26,000 fishing boats were also ordered to shelter in harbors. Flights and ferry services were suspended on the island, stranding thousands of travelers.

There were no immediate reports of damage or injuries on the mainland due to the storm, which was packing sustained gale force winds of 90 miles per hour.

In Hong Kong, offices, schools and courts were shut and the stock market halted trading, bringing an eerie calm to the normally busy southern Chinese commercial hub. More than 350 flights were canceled or delayed and bus and commuter ferry services were curtailed.

Utor was the world's strongest typhoon of the year before it crossed the Philippines earlier this week, leaving at least seven people dead and four missing. One woman in northeastern Isabela province was seen on camera being swept away by a raging river. Her body was found later.

Dozens of fishermen were missing after the storm but most have since returned home, officials said.

Rescuers were still struggling to reach at least three isolated towns in the hardest-hit Aurora province, where the typhoon slammed ashore.

"As of now, we don't have communication (with the three towns) and the roads are not passable, even to motorcycles, due to landslides, rockslides and uprooted trees," said Rey Balido, spokesman for the national disaster agency. He said authorities were taking alternate routes and that the Philippine air force will deliver relief goods.