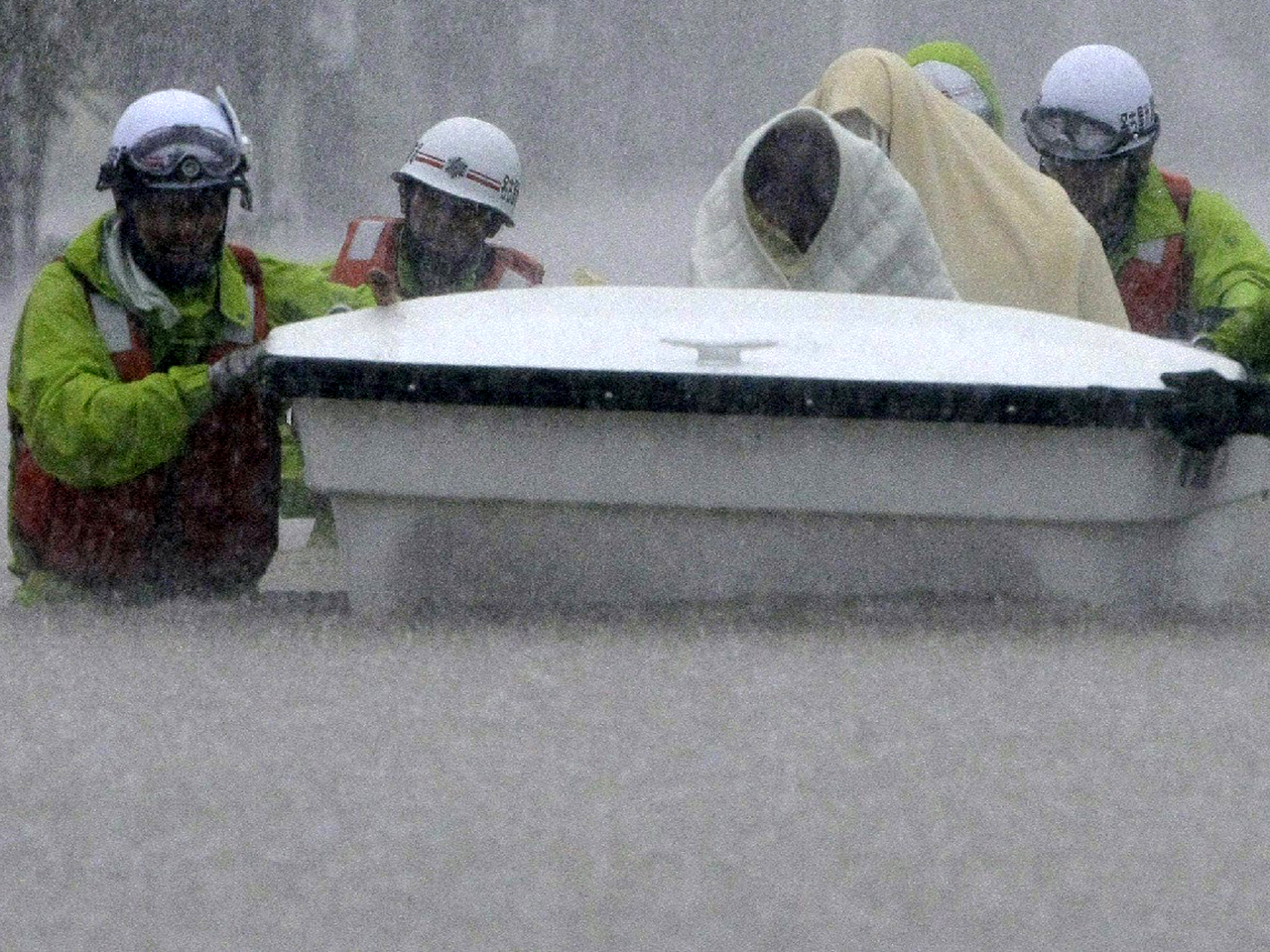 TOKYO - A powerful typhoon was bearing down on Japan's tsunami-ravaged northeastern coast Wednesday, approaching a nuclear power plant crippled in that disaster and prompting calls for the evacuation of more than a million people.

Even before its arrival Typhoon Roke turned deadly, with local media and police reporting five people killed or missing after being swept away by rivers swollen with rain.

The storm, packing winds of up to 134 mph, was expected to make landfall along Japan's southeast coast around midday and then cut a path northeast through Tokyo and into the northeastern Tohoku region, which was devastated by the March 11 tsunami and earthquake.

Also in the path of the storm is the Fukushima Dai-ichi nuclear power plant, which started spewing radiation after it was sent into meltdown by the tsunami.

Takeo Iwamoto, spokesman for Tokyo Electric Power Co., the utility that operates the plant, said the cooling system for the reactors, crucial to keeping them under control, will not be endangered by the typhoon.

He said some construction work around the plant was canceled and utmost efforts were under way to prevent leaks of radioactive water and other material from the typhoon.

Japanese media reports said more than a million people have been ordered or advised to evacuate across the country as their homes may be flooded or buried in mudslides triggered by the typhoon. The numbers varied, as there is no nationwide tally, and the situation has been flexible. The Mainichi nationwide newspaper reported 1.4 million people were issued evacuation warnings, while the Yomiuri newspaper put the number at 1.2 million.

The city of Nagoya temporarily called off an evacuation warning for 880,000 people when swelling in a major river subsided, but officials said the warning was likely to be reissued as the storm neared.

Heavy rains caused floods and road damage in dozens of locations in Nagoya and several other cities, the Aichi prefectural (state) government said.

Television footage showed people wading through water up to their knees in Nagoya, 170 miles west of Tokyo. In parts of the city near swollen rivers, rescue workers helped residents evacuate in rubber boats.

Police in nearby Gifu prefecture said a 9-year-old boy and an 84-year-old man were missing after apparently falling into swollen rivers.

Toyota Motor Corp., Japan's No. 1 automaker, which is headquartered in Toyota city in Aichi, canceled production for later in the day as a precaution.

More than 200 domestic flights were canceled and some bullet train services were suspended, according to the Kyodo News service.

The storm was bringing rain and wind to the Tokyo area, and commuters were being warned to go home early before the storm hits the capital Wednesday afternoon.

A typhoon that slammed Japan earlier this month left about 90 people dead or missing.