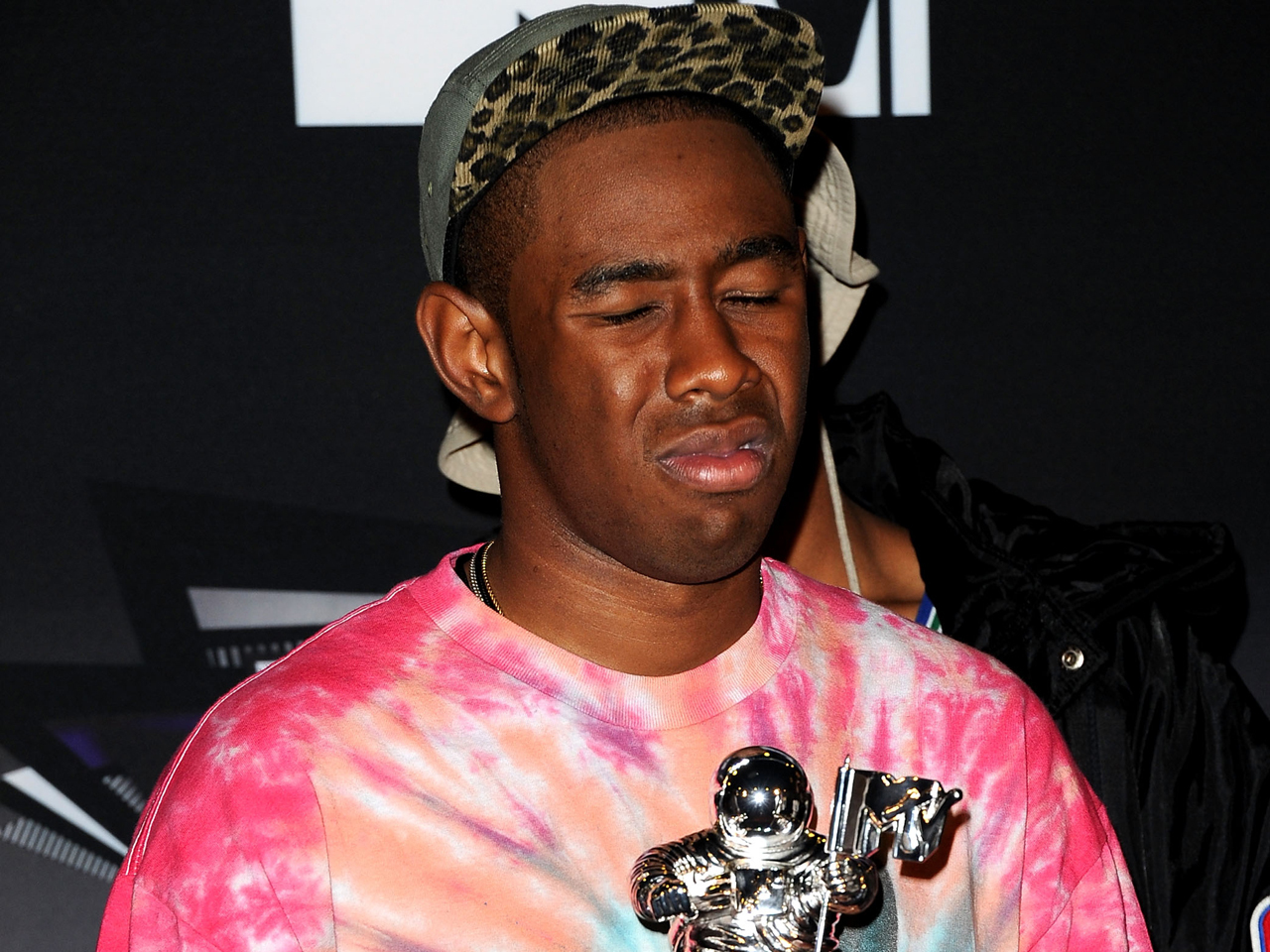 (CBS/AP) Tyler, the Creator was arrested on Thursday night after authorities say he got rowdy after a show at the Roxy Theatre in West Hollywood.

Video footage shows the rapper appearing to get angry at a sound engineer while performing with his group, Odd Future.

The 20-year-old rapper, whose real name is Tyler Gregory Okonma, was booked for investigation of felony vandalism and released on $20,000 bail.

The sergeant says as Tyler was being led to a squad car, the crowd leaving the Roxy became angry and additional deputies were called in to disperse the crowd.

Tyler denied being arrested in a tweet. "Whoa, Its Stories On Me Being In Jail?" he wrote. "The [expletive]? I Wasnt In No Jail Or Arrested Or Nothing."

The rapper won the best new artist honor at this year's MTV Video Music Awards. He's expected to release a new album in 2012.