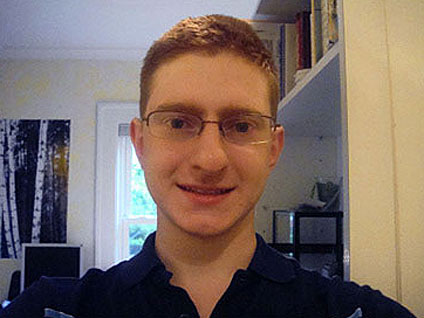 It's been six months since Rutgers University student Tyler Clementi killed himself after, authorities said, his intimate encounter with a man was captured by a webcam. Now, his parents want Tyler's classmates' invasion-of-privacy cases prosecuted, but they don't want them to receive harsh punishment.

On "The Early Show" Wednesday, CBS News correspondent Seth Doane reported this is the first time since their son jumped to his death from the George Washing Bridge that Clementi's parents, Jane and Joseph Clementi, have spoken out.

In a statement released Tuesday, they wrote, "The past six months have been the most difficult and painful of our lives."

Authorities say Clementi committed suicide just days after his roommate, Dharun Ravi, and a classmate -- Molly Wei, used a webcam to spy on -- and stream -- video of his sexual encounter with another man on the Internet.

Remi Spencer, a former prosecutor, said of the case, "Ten years ago, we wouldn't have (had an alleged) crime such as this one. People wouldn't be able to secretly record and distribute this type of material as easily as it was (supposedly) done in this case."

The two students -- who've since left Rutgers -- are charged with two counts of invasion of privacy, which are not linked to the suicide itself.

On the Rutgers campus, Johnson noted, students are acting as their own jury.

Mara Agrait, a senior at the school, told CBS News, "The kids didn't know what they were doing, but that doesn't excuse them."

Paola Dominguez, also a senior at Rutgers, said, "It was a prank gone wrong. I don't think their intention was for it to go that far. If they would have known that would have been the end, they wouldn't have done it."

But the Clementi family attorney wrote Tuesday that this was "not merely a college prank," adding, the Clementis wish to "establish accountability" and hope that the "prosecutor will announce additional charges."

Eliza Byard, executive director of the Gay, Lesbian and Straight Education Network, said, "I think that they certainly recognize that once the glare of the initial attention dies down, that real action takes place."

Ravi and Wei's attorneys say the students are not guilty, but prosecutors are still considering filing charges of a hate crime against the pair.

CBS News Legal Analyst Jack Ford said on "The Early Show" Clementi's parents seem to be "calming the waters" with this move.

"It sounds like the charges are going to be coming out from the prosecutor's office sometime soon," Ford said. "You remember when this happened there was such outrage and anger and a lot of people demanding more than the invasion of privacy types. People talking about should there be manslaughter. There was a death involved. It sounds as if the family and their lawyer have been working with the prosecutor, which is not at all unusual, and sounds as if they've all decided 'Look, let's get the word out there that we, as the family members, and in our terrible grief here, are OK with the way the prosecution is going to handle this thing.'"

Ford continued, "And the charges that they're looking at are these invasion of privacy charges. You know, you can't capture an image of somebody involved in an intimate moment and distribute it out there. But there have been talk, you mentioned, manslaughter. Probably not. You know, manslaughter, classic illustration: you pick up a gun, you don't bother to check if it's loaded, you're fooling around with a friend, you pull the trigger and there's a round in the chamber. You never meant to hurt them, but you engaged in reckless conduct that carried a probability of death. Here, you have the intervening factor of suicide on the part of Tyler Clementi. So I don't think you're going to see a manslaughter charge coming out of this. But the big question about a hate crime."

Ford added the parents' concerns are considered by prosecutors when filing charges.

"I was a prosecutor," he said. "You always meet with the victim's families. You want to keep them informed of the progress of what you're thinking of doing, why. You'll ask for opinions from them. Now the victim's families don't drive it completely. So the prosecutor thinks, I've got to do this even if the victim's family doesn't agree with it, it's still going to get done. You'll always look to them, fill them in, and see if they agree with you. If you do get them on your side - most times you do - it's a little bit easier to proceed."

So what are the charges likely to be against Ravi and Wei?

Ford explained, "You'll see the invasion of privacy charge, certainly, that they've been charged with. I'm not sure about the bias. In New Jersey, remember: it's not a separate crime, it's an enhancer for sentencing. You have to prove - not just the coincidence that a victim happened to be gay or black or Catholic - you have to prove that the criminal conduct was because they were that. If you can do that, then it means, it's not a separate crime, it means the sentencing judge can add time to what the sentence might be. You might see that in play here."