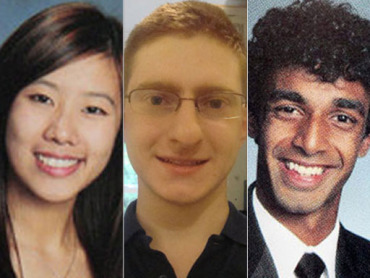 NEW YORK (CBS/AP) Lawyers for the two former Rutgers University students accused of broadcasting classmate Tyler Clementi having sex with another man are now disputing the allegation publicly for the first time, claiming the video was never put online.

Dharun Ravi and Molly Wei were charged with invasion of privacy after prosecutors say Ravi used a webcam Sept. 19 to capture Clementi, his roommate, having a gay sexual encounter.

Clementi jumped to his death off the George Washington Bridge days later.

Ravi and Wei's lawyers tell The Star-Ledger of Newark that their clients didn't see anything sexual.

Rubin Sinins, Wei's attorney, told the newspaper, "The statute defining sexual contact refers to nudity and private parts, and, to my knowledge, nothing like that was seen."

According to CBS News' "The Early Show," The lawyers also contend their clients did nothing with the small amount of video they did see.

Steve Altman, Ravi's attorney, told the paper, "Nothing was transmitted beyond one computer and what was seen was only viewed for a matter of seconds."

Ravi did use his Twitter account, followed by 150 people, to say that Wei had seen Clementi, "making out with a dude."

But no matter who saw it, legal experts say it may only matter whether or not Clementi believed the video made it to the Internet.

Ravi and Wei, both 18, have withdrawn from Rutgers and are now facing up to five years in prison.