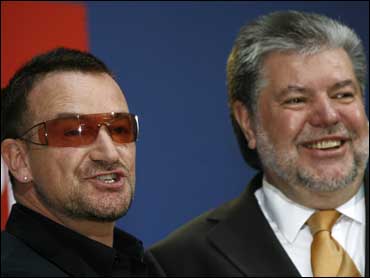 In an interview with "Entertainment Tonight," his first since his DUI arrest, "Extreme Makeover: Home Edition" host Ty Pennington says that he should have called a cab that night.

When asked what he would have done differently, Pennington answered, "Probably take a cab. But if we could hit rewind in our life, I think we would do a bunch of things differently. But you can't do that. All you can do is accept what's happened and learn from it."

Pennington says he has learned a lot from the May 5 incident.

"I made a really bad error in judgment," he tells ET. "It made me realize how important every decision you make in your life is because it affects everyone, not just yourself."

"I realized if you make a mistake, I think you ought to step up and admit that you did," he says. "I'm just that kind of a person. If you do something that you know you shouldn't have, stand up and accept it."

Pennington says the incident could have cost him his job on the hit ABC show.

"It could jeopardize everything, including my job, which to me, is the greatest job in the world," he says. "I would never want to jeopardize that. I get to do something that a lot of people never get to do in their lifetime and actually get to make a difference in people's lives."

Pennington was arrested shortly after 12:30 a.m. on May 5 by the Los Angeles Police Department's West Traffic Division, according to inmate information posted on the county Sheriff's Department Web site.

He was released two hours later after posting $5,000 bail and is due back in court on June 4, according to the Web site. If convicted, he could face a maximum sentence of six months in jail and a $1,000 fine.

In a statement released by his publicist after the arrest, Pennington said the incident was a wake-up call.