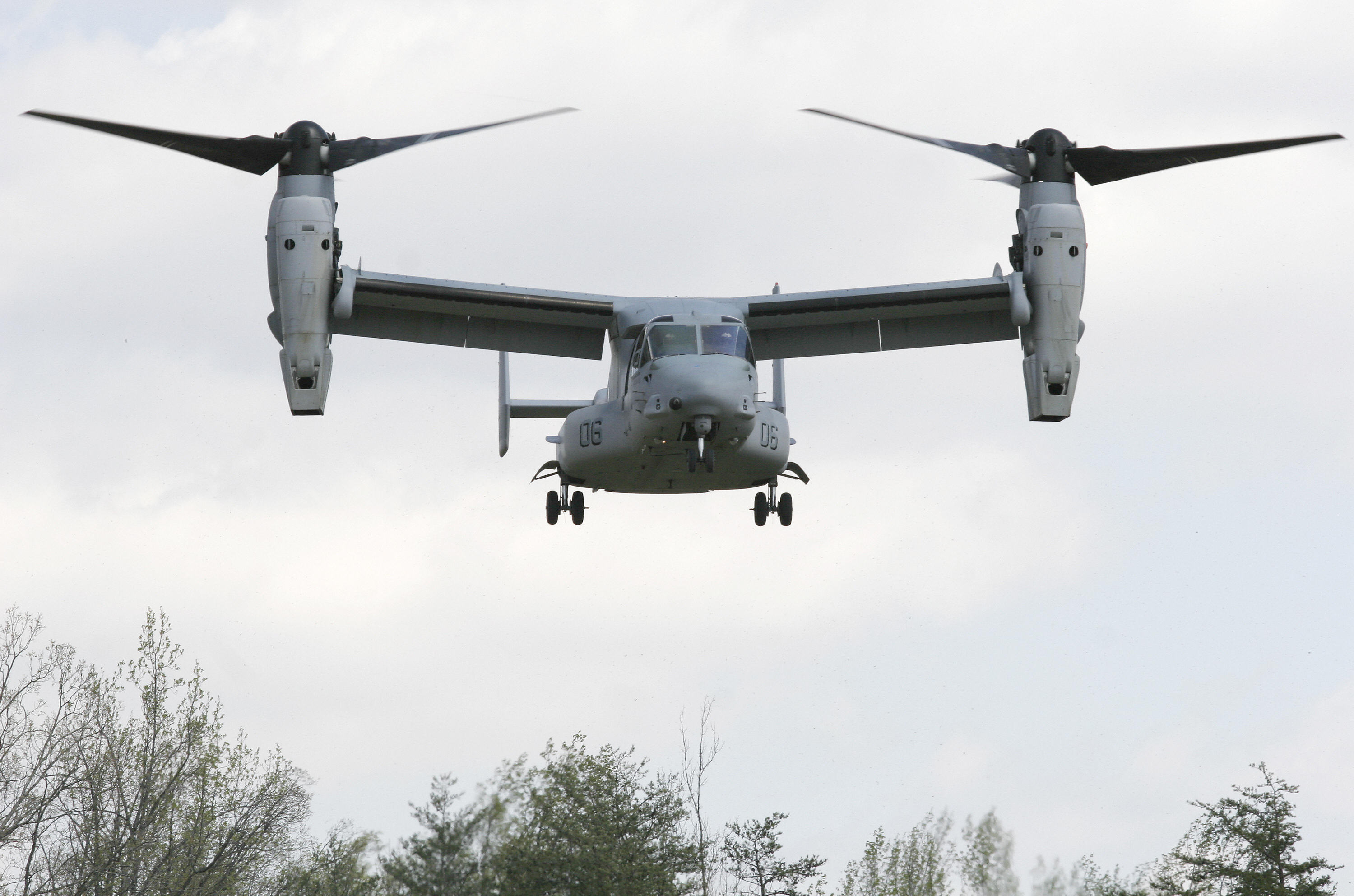 (AP) RABAT, Morocco - Two U.S. Marines were killed and two severely injured in the crash of a hybrid aircraft in Morocco on Wednesday, officials said.

The Marines were taking part in joint U.S.-Moroccan military excercises located in the south of the country based in Agadir, said U.S. Embassy spokesman Rodney Ford in Rabat, who gave the toll.

Capt. Kevin Schultz, a Marine spokesman at the Pentagon in Washington, confirmed that the aircraft involved was an MV-22 Osprey, which takes off and lands like a helicopter and flies like an airplane. The aircraft was participating in a U.S.-Moroccan military exercise known as "African Lion."

The Osprey was flying from the amphibious assault ship USS Iwo Jima, a defense official said, speaking on condition of anonymity because the matter is in the early stages of investigation.

The annual exercise which began in 2008 runs from April 7 to 18 and involves 1,000 U.S. Marines and 200 soldiers, sailors and airmen. They were working with some 900 Moroccan soldiers.

According to the U.S. Marine website, the exercise involved "everything from combined arms fire and maneuver ranges, aerial refueling and deliveries of supplies, to command post and non-lethal weapons training."

The main unit involved in the exercise is the 14th Marines, a reserve artillery regiment based in Fort Worth, Texas, but also includes members of the 24th Marine Expeditionary Unit based in Camp Lejeune, North Carolina.

The goal of the exercise is to train the two countries' forces to work together.

Further information about the crash was being withheld until the next of kin of the killed and injured Marines were notified, said Rodney Ford, spokesman of the U.S. Embassy in Rabat.

The MV-22, a joint venture of Boeing Co. and Textron Inc.'s Bell Helicopter, is designed to carry 24 combat troops and fly twice as fast as the Vietnam War-era assault helicopters it was to replace.

The Osprey program was nearly scrapped after a history of mechanical failures and two test crashes that killed 23 Marines in 2000. But development continued, and the aircraft have been deployed to Iraq.

While the General Accounting Office questioned the Osprey's performance in a report last year, the Marine Corps has called it effective.

An Air Force version of the aircraft crashed in Afghanistan in April 2010, killing three service members and one civilian contractor.