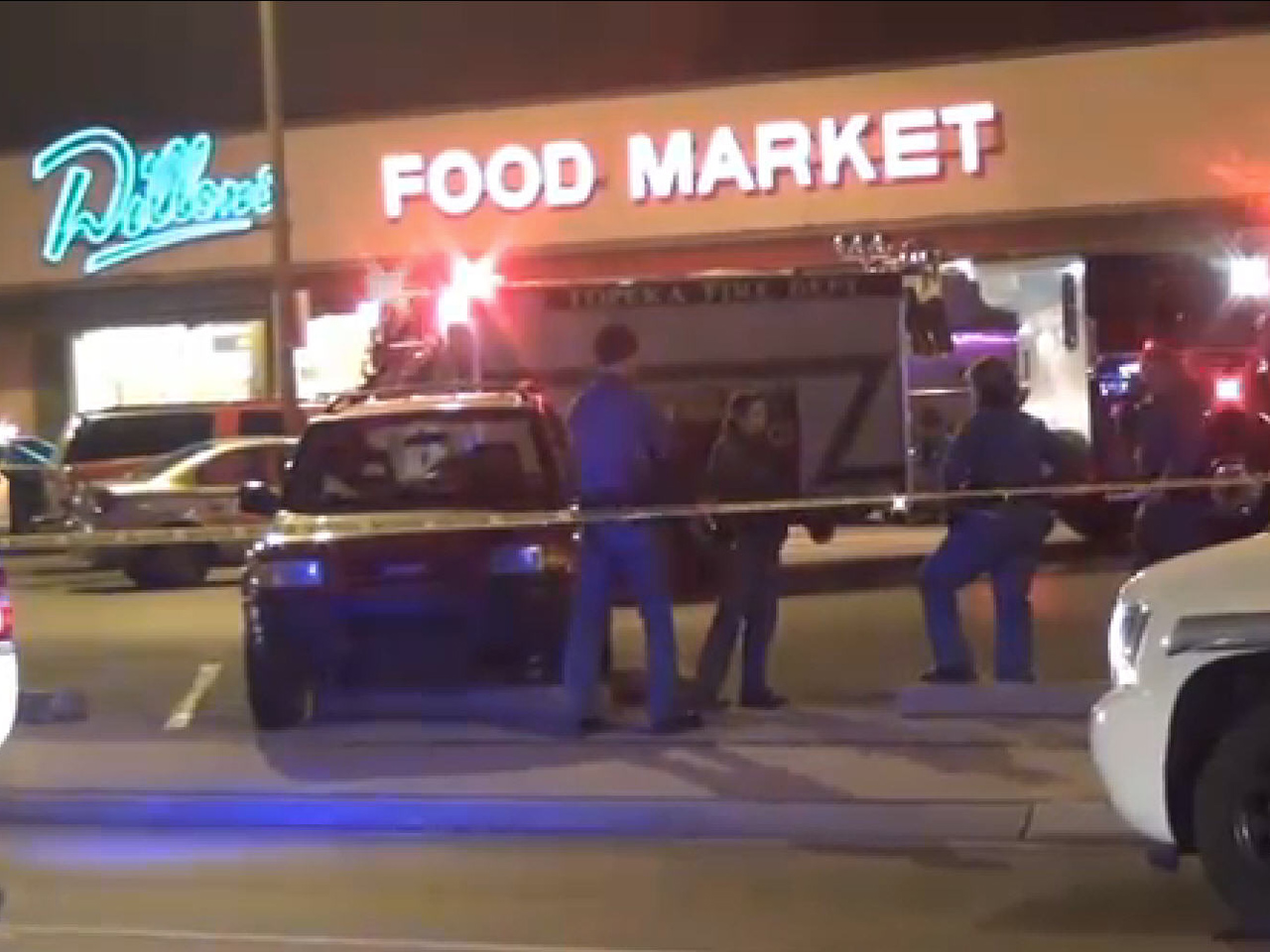 TOPEKA, Kan. Two Topeka Kansas police officers were fatally shot outside a grocery store Sunday while responding to a report of a suspicious vehicle, authorities said.

Topeka Police Chief Ronald Miller called the shootings of Cpl. David Gogian and Officer Jeff Atherly "unspeakable." He said both Gogian, 50, and Atherly, 29, were shot in the head by a gunman who opened fire on them within minutes of their arrival to investigate the vehicle.

"It's clearly beyond words. It's unspeakable almost about why this happens and why this is happening in America at this stage in our history," Miller said.

Police were searching for a 22-year-old man believed to have been the one who fired on the officers from the vehicle. He remained at large Sunday night. Miller didn't know the motive for the shooting but said the suspect has a criminal history, though he wouldn't elaborate.

A third officer who went to the scene to check on the vehicle was not injured in the shooting.

Gogian and Atherly were taken to a hospital and later pronounced dead.

The call about the vehicle came shortly after 6 p.m. Sunday, police said. Gogian and Atherly had arrived as backup for another officer when someone in the vehicle they were investigating started shooting.

"I don't believe they had any idea this situation was going to go this direction as quickly as it did," Miller said.

He said there was more than one person in the vehicle, which later was found outside a house about 10 blocks from the grocery store. Officers searched the home but didn't find the shooting suspect.

The chief declined to say why officers were investigating the vehicle and why it was considered suspicious.

A small crowd met for a candlelight vigil Sunday night outside police headquarters after hearing about the shooting. As the group gathered, police officials announced to reporters nearby that the officers had died.

Gogian started with the Topeka Police Department in September 2004. Atherly had been with the department since April 2011.

Miller said Gogian was a retired military serviceman. It wasn't immediately clear what branch of the military. He has a son who's also a Topeka police officer.

"He had spent his life in service to his country and in the city of Topeka," the chief said.

Meanwhile, Atherly was "just getting started" in his career, he said.

The last time a Topeka officer was killed in the line of duty was 2000, and it's been longer than that, since 1995, that one was fatally shot on the job.