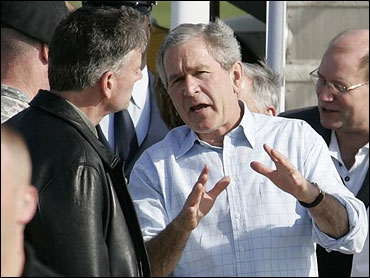 Quarterback Mark Brunell and running back Fred Taylor, two of Jacksonville's most important offensive weapons, are likely to play Sunday at Cincinnati.

Brunell is trying to overcome a strained muscle near his ribs that he aggravated two weeks ago while throwing a long pass against Cleveland. Taylor has been out since Oct. 3 with an aggravated hamstring.

Brunell threw less than usual in practice Wednesday. He said he needs to know he can make all the throws if he's to start.

"But you don't make them all now," Brunell said. "You make them as you get closer to the game. The long ball is certainly something I've got to be able to throw Sunday. That's important, but it's still early."

Taylor's injury has improved steadily since he left the lineup in the middle of a game against the Steelers. Coach Tom Coughlin said some of Jacksonville's troubles on offense the Jaguars are ranked 14th with just two plays of more than 40 yards might be solved with Taylor back in the lineup.

"This should be a good week for Fred and hopefully he'll be ready to perform this weekend," Coughlin said. "And certainly, our big-play opportunities should come."

Coughlin said backup quarterback Jay Fiedler would get more work than usual in practice this week. He said a final decision on Brunell's status would be made later in the week.

Fiedler completed 12 of 14 passes for 113 yards in relief of Brunell against the Browns, leading the Jaguars to 18 points in a come-from-behind 24-7 victory.

"I don't want to go so deep into the week where someone is not as prepared as they should be because they're not getting the right number of snaps," Coughlin said. "We've been in this situation before. We just have to get a good feeling of where Mark is after practice."